India was permitted to set up temporary field office in 2008 to issue passes to vehicles for plying on Indian roads in bordering regions. 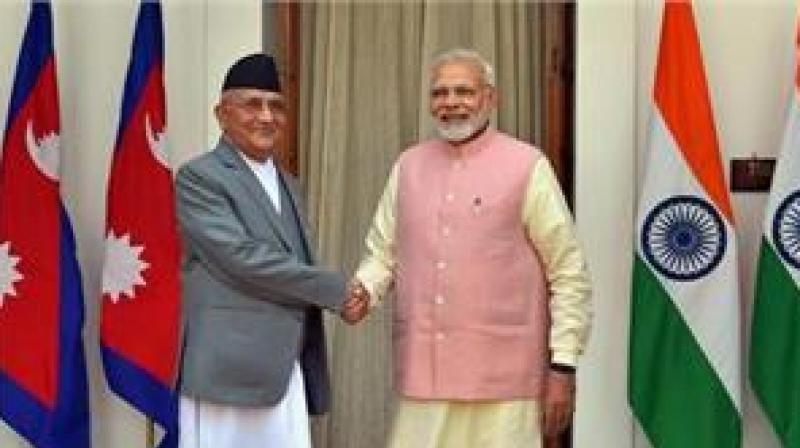 Speaking at the first parliamentary party meeting of the newly-formed Nepal Communist Party in Nepal, party's co-chairman Oli said the office would be removed as it had "outlived its purpose". (Photo: File)

Kathmandu: Nepal will close the Indian Embassy's field office in the near future as it has "outlived its purpose", Prime Minister K P Sharma Oli has said.

India was permitted to set up the temporary field office in 2008 to issue passes to vehicles for plying on Indian roads in the bordering regions after Koshi floods severely damaged a 17-km stretch of the east-west highway.

Initially set up in the eastern Sunsari district, it was later shifted to the nearby Biratnagar city, about 375 kms from Kathmandu, along the Koshi Highway.

Speaking at the first parliamentary party meeting of the newly-formed Nepal Communist Party in Nepal, party's co-chairman Oli said the office would be removed as it had "outlived its purpose".

After repair of the damaged portion of the highway, Nepal had asked India to shut down the camp office but the Indian side did not comply.

The Indian flag was hoisted on the office building while India started distributing scholarships and got involved in various social activities using the facility, the Kathmandu Post reported.

India in 2014 sought the government's permission to establish a Consulate General Office in Biratnagar by upgrading the field office, the report said.

The Nepali government had tried to remove the field office six years ago when then Maoist leader Narayan Kaji Shrestha was the foreign minister.

In 2011, then Baburam Bhattarai-led government issued two diplomatic notes to New Delhi seeking removal of the office, according to officials.

"The prime minister's statement suggests that there is no need for such field offices in a small country," Communist Party of Nepal leader Janardan Sharma was quoted as saying by the Post.