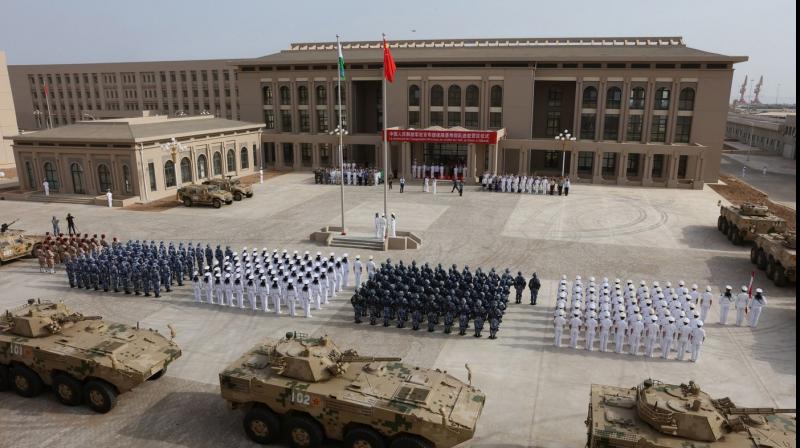 Tokyo: After security concerns, over 700 Chinese-funded transactions of plots of land have been detected by the Japanese investigative groups around Military bases in Japan, a local newspaper reports.

The investments and purchase plans were driven by Chinese-led foreign corporations and could pose a risk to Japan's safety, the Sankei Shimbun reported to Appledaily Thursday.

Japanese authorities made the startling discovery after launching a comprehensive investigation last year into the property rights of land surrounding military installations, the news report said.

The investigation arose from rumors in recent years that the Chinese capital was being used to buy sites within 10 kilometers of defense facilities and on Japanese islands at the periphery of the country, it reported.

Officials checked confirmed land acquisitions and acquisition plans, and found that the affected sites were around the Japan Self-Defense Forces, the military base of the United States Army Japan, Japan's coast guard, and facilities for space development, Sankei reported to Appledaily news, citing sources familiar with the matter

From these sites, one could get a panoramic sweep of the facilities and learn about the activities of the Japanese and American aircraft carriers, planes, and personnel.

According to the Appledaily news, "One of the buyers, who purchased a plot closest to the U.S. military base in Kanagawa prefecture, was suspected to be related to the Beijing government, according to the newspaper."

This buyer also owned a number of high-rise buildings nearby that could provide a bird's eye view of the base, and the U.S. had shown concern over the deal.

Other transaction plans around the American base on Okinawa island and Japanese defense premises in Tottori prefecture were also mentioned in the report, which said that Chinese investors were targeting these areas.

The newspaper learned from sources that more acquisitions were in the works, zooming in on land near radar systems that surveyed the airspace and waters of Japan, the report said, as reported by Appledaily.

The Cabinet in Tokyo was due to review a bill controlling land use by foreign investors, and might designate zones within 1 kilometer of key facilities as requiring special attention, Sankei said. Parties involved in land acquisitions must announce the future usage of the site before sealing the deal, and the government would reserve the right to stop the transaction if the usage was deemed inappropriate.

Prior to the latest report, Sankei said in 2017 that Chinese capital had been used to buy land in Hokkaido equivalent to about 513 Tokyo Domes. The stadium in Japan's capital covers 4.67 hectares (11.5 acres).