India shared with China all evidence of JeM and its leader Masood Azhar during Foreign Secretary Vijay Gokhale's latest visit to Beijing. 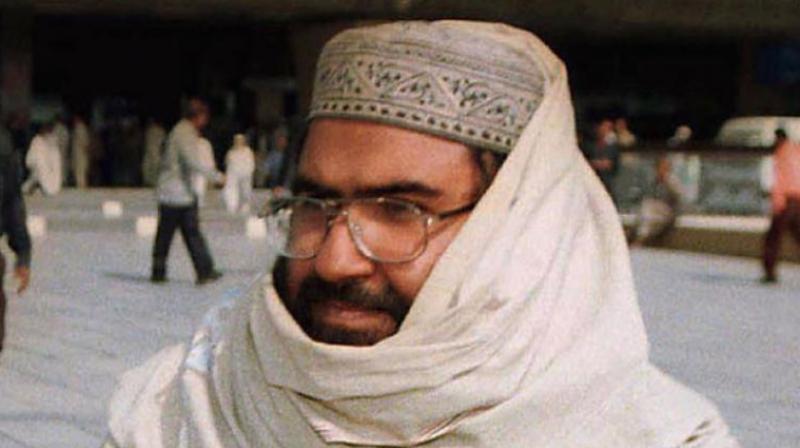 Chinese Foreign Ministry spokesperson Lu Kang had told reporters at a regular briefing last month that China would continue "coordinating" with all the relevant parties. (Photo:File)

This comes as China placed a technical hold -- for the fourth time -- on the JeM chief's listing as a global terrorist at the UN Security Council, drawing flak as the latest blockage came in the wake of the gruesome Pulwama terror attack.

India lost over 40 CRPF personnel when a JeM operative targetted a CRPF convoy with an explosive-laden vehicle in Jammu and Kashmir's Pulwama district on February 14.

"It is now for the 1267 Sanctions Committee and other authorized bodies of the UN to take a decision on the listing of Masood Azhar. India will continue to pursue all available avenues to ensure that terrorist leaders who are involved in heinous attacks on our citizens are brought to justice," Kumar reiterated, in response to media queries on Monday.

This comes after India and China held regular diplomatic consultations on April 22 in Beijing, during which the progress made in bilateral relations between the two countries since the Informal Summit between Prime Minister Narendra Modi and President Xi Jinping in April 2018 was reviewed, according to the MEA.

The Chinese Ambassador to India, Luo Zhaohui, previously expressed optimism regarding the Azhar issue, telling ANI that the matter "will be resolved".

Beijing had earlier defended its technical block on Azhar's listing, saying it needed "more time" as it is "conducting a comprehensive and in-depth review" on the listing request put forth by the countries.

Chinese Foreign Ministry spokesperson Lu Kang had told reporters at a regular briefing last month that China would continue "coordinating" with all the relevant parties to find a "lasting solution" to the issue if it is to be resolved in a "responsible and sustainable way".

While India had expressed its disappointment with China's move to put a hold, the United States had also said that the failure to designate Azhar as a global terrorist “runs counter” to Washington and Beijing's goal of regional stability and peace.