Pakistan's Planning Minister Ahsan Iqbal, who is also in-charge of the CPEC said Pak expects China to fund the project. 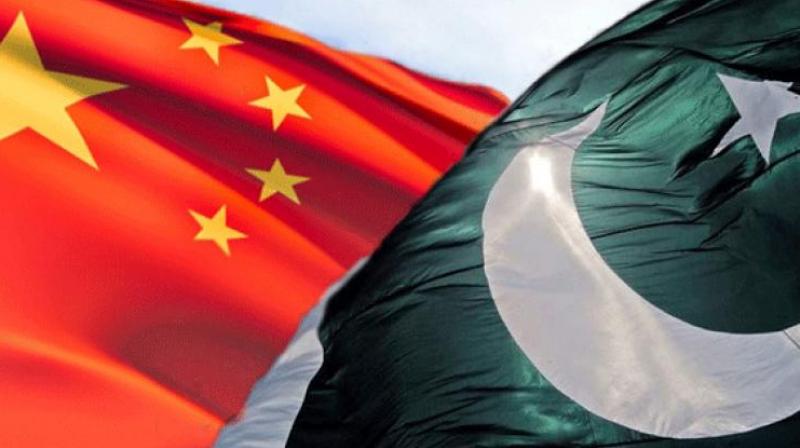 For long, Pakistan has been looking for $12 to 14 billion funding needed to build the Diamer-Bhasha dam located in Gilgit-Baltistan region of Pakistan-occupied Kashmir (PoK) but failed to secure the money as it is proposed to be built in the disputed region. (Photo: File/Representational)

Beijing: China on Thursday avoided commenting on claims in the Pakistani media that Beijing will fund the $14 billion Diamer-Bhasha dam in PoK and has agreed to include the project in the China-Pakistan Economic Corridor.

"For this specific project and including the construction of dam you mentioned, I am not aware of the details," Chinese Foreign Ministry spokesman Geng Shuang told a media briefing here while responding to a question on reports from Pakistan that Beijing has agreed to include the project as part of the $50 billion CPEC.

For long, Pakistan has been looking for $12 to 14 billion funding needed to build the Diamer-Bhasha dam located in Gilgit-Baltistan region of Pakistan-occupied Kashmir (PoK) but failed to secure the money as it is proposed to be built in the disputed region.

While evading a response, Geng, however, put up a strong defence of the CPEC, playing down India's concerns over violation of sovereignty.

"What I can say is that CPEC is a new cooperation framework for the two countries to achieve long term development. This corridor will not only promote bilateral development of two countries, but will also contribute to the development and prosperity in the region," he said.

"We know that there is some concern about the corridor but we keep stressing that this economic corridor is just an economic initiative for cooperation," Geng said.

"It targets no third country and is not connected to any sovereign dispute. We hope that the dispute between India and Pakistan could be resolved by consultation and negotiation," he reiterated.

Geng skirted a direct response to the dam issue apparently to avoid a strong reaction from India which has already opposed the CPEC as it passes through PoK.

But Pakistan officials were positive that Beijing has agreed to take it up under CPEC, according to reports.

Pakistan's Water and Power Development Authority (Wapda) chairman Muzammil Hussain was quoted by the Pakistani media as saying that "the project with 4,500 MW installed capacity has been pending since long due to the fact that earlier in 2006, Asian Development Bank committed to fund the project, however, after 10 years, it declined to fund the project saying it was located in disputed territory".

However, the project has been revived as China had offered Pakistan to bring it under (CPEC).

Pakistan's Planning Minister Ahsan Iqbal, who is also in-charge of the CPEC, told the media few days ago that Pakistan expects China to fund the long-delayed project.

Iqbal was quoted as saying that a Chinese company along with a local partner would build the dam over a 10-year period. Work should begin in the next financial year, he said.

The project to be built on the river Indus was expected to generate 4,500 megawatts (MW) of electricity, and a vast new reservoir would regulate the flow of water to farmland.

Iqbal said the dam is critical to Pakistan's food security.

The dam was reportedly part of an MOU between China and Pakistan which was signed last December to fund and develop Pakistan's Indus Basin dams. Pakistan estimates there is 40,000 MW of hydro potential.