US sanctions top Myanmar general for atrocities against Rohingyas

The Trump administration announced penalties against 13 people worldwide in all. 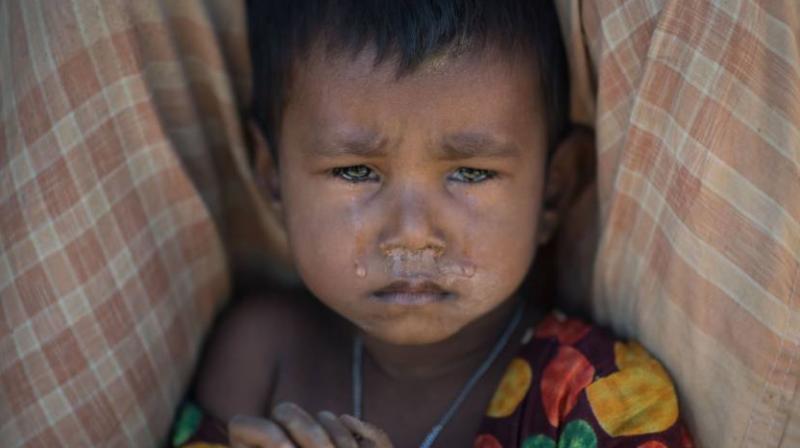 Washington: The United States on Thursday stepped back from a half-decade effort to forge closer relations with Myanmar, condemning a top general to a blacklist of shame for his role in atrocities against Rohingya Muslims. The new sanctions were the most serious US response so far to what it calls “ethnic cleansing'' in the western part of the Southeast Asian nation.

The Trump administration announced penalties against 13 people worldwide in all. They included Gambia's former president, the daughter of Uzbekistan's late dictator and the son of Russia's prosecutor general.

The sanctions were the first set imposed under a 2016 law, named after a Russian lawyer who died in prison, that empowers the Treasury Department to target officials anywhere for human rights violations and corruption.

The inclusion of Myanmar's Maung Maung Soe on the list was perhaps the most dramatic move in terms of US foreign policy. Washington progressively eased economic and political sanctions against Myanmar starting in 2012 to reward the country for its shift toward democracy after decades of military rule. Ties expanded further as Nobel Peace laureate Aung San Suu Kyi rose to power.

But the relationship has soured since Myanmar's crackdown in Rakhine state, which has forced 650,000 people to flee to neighbouring Bangladesh and, according to aid group Doctors Without Borders, left thousands dead.

Maung Maung Soe was until November the military commander in Rakhine, and the US said he was responsible for “widespread human rights abuse,'' citing credible evidence of mass killings, rapes and villages being burned.

Based on refugee accounts, The Associated Press has reconstructed one such massacre at the village of Maung Nu, where at least 82 Rohingya are believed to have been murdered on August 27.

Other prominent individuals punished Thursday include:

Yahya Jammeh, Gambia's former president. He is alleged to have created an armed squad known as  “the Junglers'' that terrorized and killed numerous political foes, including religious leaders, journalists and dissidents, while he was in power from 1994 to 2017. Jammeh is also accused of plundering his country's treasury by stealing at least USD 50 million in state funds.

Gulnara Karimova, the daughter of the late Uzbek strongman Islam Karimov. She is said to have headed an organized crime syndicate that used government agencies to expropriate businesses, monopolize markets, solicit bribes and run extortion rackets.

Artem Chaika, son of Russia's Prosecutor General Yury Chaika. The younger Chaika is accused of using his family connections to unfairly buy state-owned assets and win contracts, as well as harass and interfere with competitors.

The Treasury Department's action freezes any assets these people have under US jurisdiction. Americans are banned from doing business with the individuals. It's unclear whether these people have extensive financial holdings or relationships in the United States. But the blacklist is designed to cause reputational damage that would get banks in Europe, Asia and elsewhere also to cut ties.

“Today, the United States is taking a strong stand against human rights abuse and corruption globally by shutting these bad actors out of the US financial system,'' Treasury Secretary Steven Mnuchin said. He said the penalties send a “message that there is a steep price to pay for their misdeeds.''

The penalties are the first batch released under the Magnitsky Global Act, named for Russian whistleblower Sergei Magnitsky, who died in prison after accusing Russian officials of massive tax fraud. It could help answer critics who say Trump has sidelined human rights in US foreign policy and sought closer ties with authoritarian leaders.

Among the others on Thursday's global list were an Israeli businessman alleged to have earned billions of dollars through corrupt mineral and oil deals with the president of Congo; a Serbian arms dealer; a Pakistani transplant specialist blamed for trafficking human organs and taking kidneys from people against their will; a former Chinese security director said to have mistreated human rights activists; and a former Ukrainian police commander accused of beating and killing peaceful protesters in 2014.

The action against Maung Maung Soe will put fresh strain on US relations with Myanmar, despite the Trump administration's assurance that it still seeks to support the nation's democratic transition and Suu Kyi's civilian government, which has little control over security affairs controlled by the still-powerful military.

The US has already barred Myanmar military officials involved in the Rakhine operations from US assistance, and Secretary of State Rex Tillerson said last week that the US is examining other Myanmar individuals for possible sanctions.

Myanmar denies allegations of human rights violations, saying its security forces have not targeted civilians and were responding to attacks by Rohingya militants in August. But it has blocked independent access to the region, including by the United Nations, and impeded delivery of humanitarian aid.

Doctors Without Borders estimates at least 6,700 Rohingya civilians were killed in the first month of the crackdown, and human rights groups have documented three large-scale massacres.