Sri Lanka's terror attack on Easter Sunday was carried out by local Islamic extremists in retaliation for mosque shootings in New Zealand. 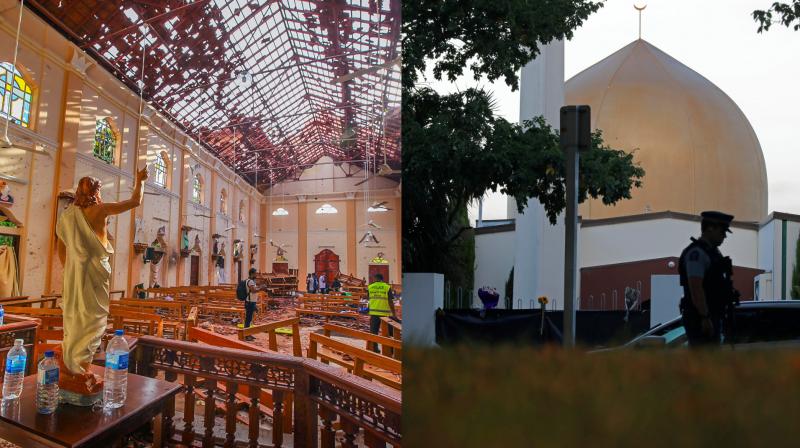 Colombo: Sri Lanka's worst terror attack targeting churches and luxury hotels on Easter Sunday was carried out by local Islamic extremists in retaliation for the mosque shootings in New Zealand, a senior minister informed Parliament on Tuesday, citing results of the initial probe.

Addressing an emergency session of Parliament to discuss Sunday's attacks, Sri Lanka's state minister of defence Ruwan Wijewardene said the early findings of the ongoing probe found that the suicide bombings were in revenge for the March 15 deadly attacks at two mosques in Christchurch which left 50 people dead.

"The preliminary investigations have revealed that what happened in Sri Lanka (on Sunday) was in retaliation for the attack against Muslims in Christchurch," Wijewardene told parliament. According to an intelligence memo sent to some government officials before the attack, a member of the Islamic extremist group blamed for the Sri Lanka attacks had posted "extremist content" on social media after the Christchurch shootings were carried out by a right-wing extremist, Wijewardene said.

The suicide bombers were all Sri Lankan citizens but the group is believed to have links with foreign terrorist networks. However, no group has claimed responsibility for the attacks. Noting that the attacks were carried out by the local extremists, Wijewardene said the death toll in the gruesome bombings had risen to 321, including 38 foreigners.

Ten Indians were among the people killed in the worst terror attack in Sri Lanka. Prime Minister Ranil Wickremesinghe described the Easter Sunday's attacks as "global terrorism reaching Sri Lanka". Wickremesinghe said in his address in Parliament that the attacks were of a different nature than the political objectives of the terrorist campaign which Sri Lanka faced until 2009 when the three-decade long conflict ended with the defeat of the LTTE.

"Muslim community is against these attacks. There are only a few who are involved in these attacks," Wickremesinghe said, adding that the international community has expressed solidarity with Sri Lanka over the blasts. The group which carried out the attacks was trained for the planned attacks.

The government will deal with the situation and end the threats from extremists, he said. Leader of the Opposition Mahinda Rajapaksa blamed the government for failing to ensure national security. "When I handed over the government it was free of terrorism.

No such attack would have happened under my government," he said. Rajapaksa said the government must step down if public security cannot be guaranteed.