CPEC projects in Pakistan stuck due to financial crisis: report

The CPEC is the flagship project of China’s ambitious Belt and Road Initiative (BRI) and includes a maze of roads and port projects. 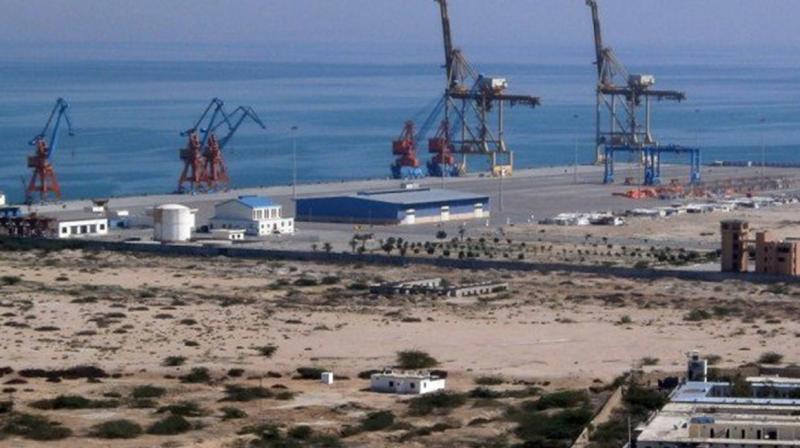 Contractors have stopped work on several projects of the CPEC after their cheques worth over Rs 5 billion bounced a couple of days ago, Dawn reported. (Photo: AFP)

Islamabad: The USD 50-billion worth China-Pakistan Economic Corridor (CPEC) is understood to have hit a roadblock with many of its projects getting stuck due to a financial crisis at the country’s National Highway Authority, according to a media report.

The CPEC is the flagship project of China’s ambitious Belt and Road Initiative (BRI) and includes a maze of roads and port projects. Once completed, it aims to connect China’s largest province Xinjiang with Pakistan’s Gwadar port in Balochistan, allowing Beijing access to the Arabian Sea.

Contractors have stopped work on several projects of the CPEC after their cheques worth over Rs 5 billion bounced a couple of days ago, Dawn reported.

The report said this is the first time that CPEC projects faced such a situation due to financial reasons. Affected projects include Hakla-Dera Ismail Khan, Western Route of CPEC and all sections of Karachi-Lahore Motorway (KLM), it said.

“Not only CPEC projects, but local industries related to construction and a large workforce of engineers and labourers have also been hit by the situation,” Dawn quoted sources as saying.

They said seven packages of Hakla-DIK measuring 400 km roads all projects of KLM have been affected.

NHA spokesman Kashif Zaman said the authority issued cheques of Rs 5 billion on June 29 to the firms against the sanction by the government.

“Cheques worth Rs 1.5 billion were cleared by the same day and the remaining cheques that were deposited the next day could not be cleared,” he said.

Zaman said the matter had been taken up with the government and hopefully it would be resolved soon.

On suspension of work by the contractors, he said, “The progress on the project had not been affected. Same is true for Hazara Motorway and other sections.”

He said most of the projects in question would be completed by December 2018 but could get delayed for want of finances, according to the report.