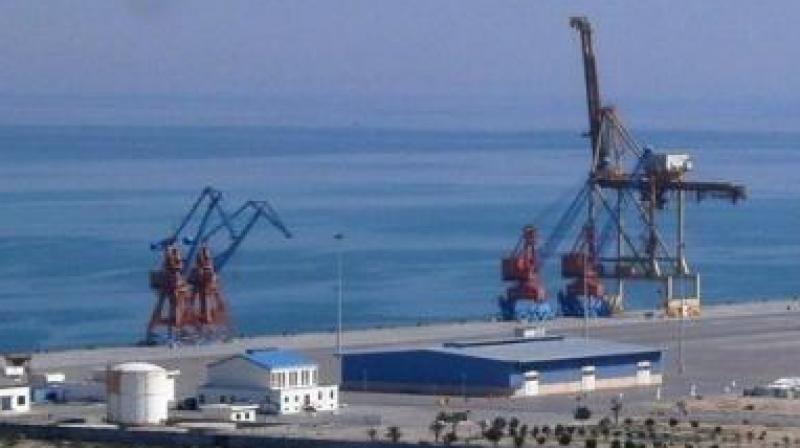 The CPEC is part of the One Belt, One Road (OBOR) Initiative, the official name of the Silk Road initiative. (Photo: Representational Image)

The comments in an oped piece in Global Times comes after Foreign Secretary S Jaishankar on February 22 co-chaired the upgraded India-China Strategic Dialogue in Beijing.

After the dialogue, Jaishankar told reporters that the China-Pakistan Economic Corridor, which runs through the Pakistan-occupied Kashmir (PoK), violates India's sovereignty.

The CPEC is part of the One Belt, One Road (OBOR) Initiative, the official name of the Silk Road initiative.

Reacting to Jaishankar's remarks, the article said India's concerns were "unwarranted". "China respects India's sovereignty concerns. Taking a strong stand on territorial issues is important, but it's hoped India could adopt anobjective and more pragmatic attitude towards the One Belt, One Road proposal."

China's Foreign Ministry is yet to react to India's stand. The article, however, asked India to take part in the Silk Road summit to be held in Beijing in May, stressing the "potential economic benefits" of CPEC and packaging it as a project promoting greater regional cooperation.

China's President Xi Jinping has convened the summit. Leaders of about 20 nations have confirmed participation, the Chinese foreign ministry has said without identifying them. Pakistan Prime Minister Nawaz Sharif and Sri Lankan premier Ranil Wickramasinghe are expected to attend the event.

Calling on India to soften its stand, the article said, "New Delhi fears that the CPEC, passing through the Pakistan-controlled Kashmir, would serve the purpose of granting legitimacy to Pakistan's control over the region, and by promoting the construction of the corridor, China intends to meddle in the Kashmir dispute. These concerns are unwarranted."

"China has no intention of interfering in the territorial dispute between India and Pakistan. China has long believed that the two neighbours should solve their dispute through dialogue and consultations, and it has repeatedly emphasised that the construction of the CPEC would not affect its stance on the issue," it said.

China's OBOR initiative's stated aim is to link countries in Asia, Africa and Europe to promote "an open and inclusive global economy" by building regional trade networks and enhancing connectivity for future growth.

Also, the article said, "India should not view Pakistan's development as a threat. As long as India is willing to, China, Pakistan and India could cooperate to tap the vast economic potential in the disputed Kashmir region."