All except three are asymptomatic cases, of which 30 arereported from Hubei province and Wuhan 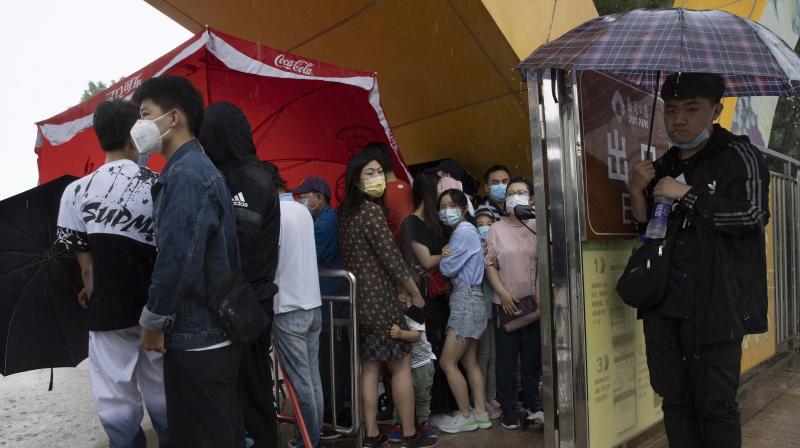 Visitors wearing mask to curb the spread of the coronavirus takes shelter from a sudden rainstorm in Beijing. (AP)

The domestically transmitted case was reported in Jilin Province, it said.

One of the new imported cases was reported in Shanghai and the other in Guangdong Province.

Of the 36 new asymptomatic cases, 30 are from Hubei province and Wuhan, the NHC said.

A total of 371 asymptomatic patients, including 297 in Hubei province, are under quarantine, it said.