Pakistan Prime Minister Imran Khan had assured India that he would act against those responsible for the Pulwama attack. 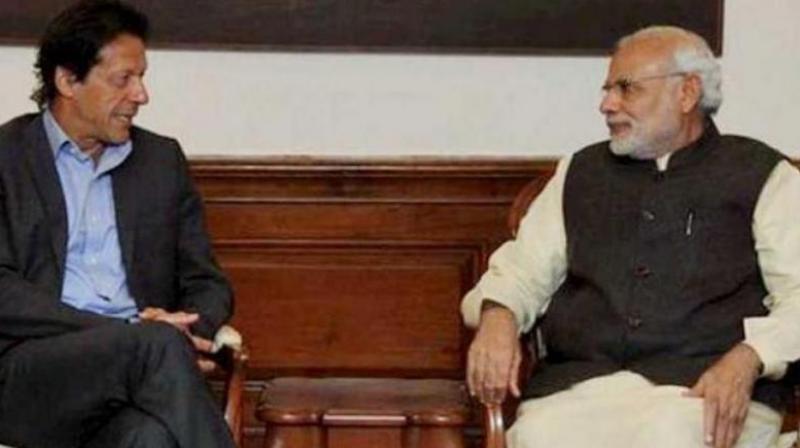 This peace appeal came a day after PM Modi threw a challenge to Khan aasking him to act honourably by bringing to justice those behind the strike, if he was a 'Pathan’s son'. (Photo: File | PTI)

Islamabad/New Delhi: Pakistan Prime Minister Imran Khan on Sunday asked PM Modi to “give peace a chance” and assured him that he will act immediately if India provides Pakistan with “actionable intelligence” on the Pulwama attack.

This peace appeal came a day after PM Modi threw a challenge to Khan aasking him to act honourably by bringing to justice those behind the strike, if he was a “Pathan’s son”.

According to the Dawn, Imran Khan on Sunday said, "Prime Minister Modi should give peace a chance."

PM Modi recalling his conversation wit Imran Khan after he won the Pakistan elections, Modi said he told him "let us fight against poverty and illiteracy" and Khan gave his word - saying he is a "Pathan's son" who spoke and acted in truth.

Pathans is an ethnic group with roots in Iran and are known for their deep sense of honour and self-respect.

A few days back, Khan, in a video message, said that Pakistan has “sincerely offered” probe into the Pulwama “incident” and based on the investigation or “any tangible evidence” provided, Pakistan “shall take action against anyone found using our soil.

India said Khan's offer to investigate the attack if provided proof is a "lame excuse".

"It is a well-known fact that Jaish-e-Mohammed and its leader Masood Azhar are based in Pakistan. These should be sufficient proof for Pakistan to take action," the Ministry of External Affairs said.