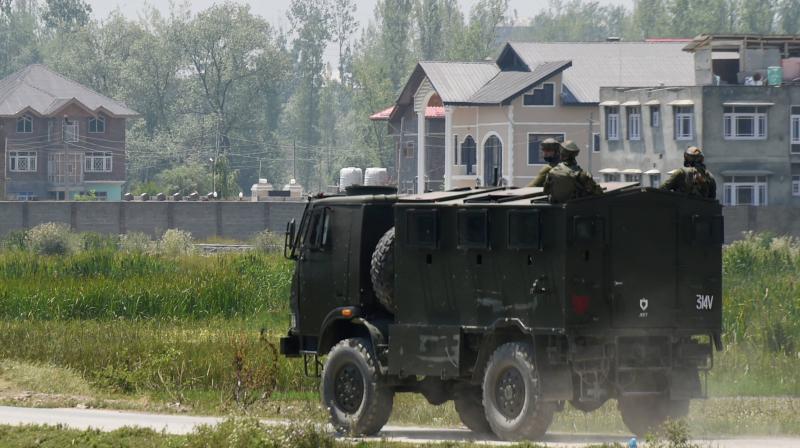 An Army vehicle arrives at the spot of encounter with militants at Pampore in Pulwama District of South Kashmir. (PTI)

United Nations: UN Secretary-General Antonio Guterres expects all member states to "live up" to their obligations under the relevant Security Council resolutions, his spokesperson has said, after a US report noted that Pakistan remains a safe haven for terrorists as it did not take actions against JeM founder Masood Azhar.

The US State Department, in its Congressional-mandated 2019 Country Reports on Terrorism on Wednesday, said Pakistan remained a "safe harbour" for regionally-focused terrorist groups and that the suspension of US aid to the country remained in effect throughout 2019.

Stéphane Dujarric, responding to a question during his daily press briefing, said while he will not comment on the report issued by the US State Department, "Obviously, as a matter of principle, we do expect all member states to live up to their obligations as laid out in any relevant Security Council resolution or Security Council decision.

It further said that Pakistan took action against some externally focused groups, including Lashkar e-Taiba founder Hafiz Saeed but did not take action against Jaish-e-Mohammed founder and UN-designated terrorist Azhar and 2008 Mumbai attack 'project manager' Sajid Mir, both of whom are believed to remain free in Pakistan.

The UN 1267 Sanctions Committee designated Azhar as a global terrorist in May last year, slapping an arms embargo, asset freeze and travel ban on him, 10 years after India's first move to have him blacklisted at the UN.

The US designated Azhar as a Specially Designated Global Terrorist in 2010.