US approves sale of infrared target sight systems to Pakistan 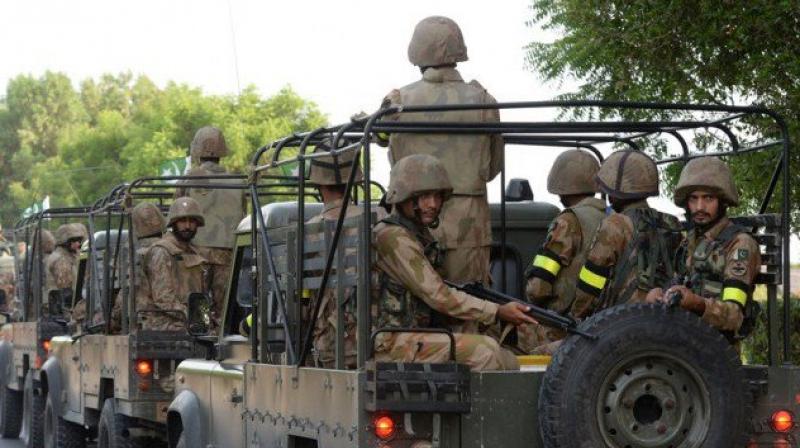 Islamabad: The US Department of Defence has awarded a USD 284.6 million contract to Lockheed Martin to produce infrared target sight systems or TSS for the US Navy and Pakistan, a media report said on Saturday.

A Pentagon press release describes the TSS system as a large-aperture mid-wave forward-looking infrared sensor with a laser designator/rangefinder turret. It provides the capability to identify and laser-designate targets at maximum weapon range, significantly enhancing platform survivability and lethality.

The company's Orlando-based missile and fire control unit will produce the sight system in Orlando and Ocala, Florida, through January 2022 for the US Navy and Pakistan under the foreign military sales portion of the award, the paper said, citing the Pentagon release.

The contract has a base value of USD 150.96 million but its accumulative cost would go up to USD 284.6 million. The government of Pakistan will pay about 12 per cent of the total cost through an arrangement with the US under the Foreign Military Sales programme.

In January, Lockheed Martin received a smaller contract of USD 14 million to provide the same target system for Pakistan.

The contracts include software development and testing, system modification, and installation requirements to integrate the TSS into the Cobra helicopters.

The TSS provides target information and tracking data for the helicopter, in addition to passive targeting for integrated weapons. Work on the first contract, performed in Florida, would be completed by December 2017.

Although the United States and Pakistan were once close allies, relations between the two countries strained in 2011, when the US eliminated al-Qaeda chief Osama bin Laden during a covert raid at his compound in Abbottabad.

The bilateral ties slipped further after the US Congress blocked financing of eight F-16 fighter jets earlier this year despite strong lobbying by Islamabad. The US lawmakers accused Islamabad of continuing to support the Afghan Taliban.