‘I will never forget how we were embarrassed when Americans came into Abbottabad and killed Osama bin Laden, martyred him,’ Khan had said 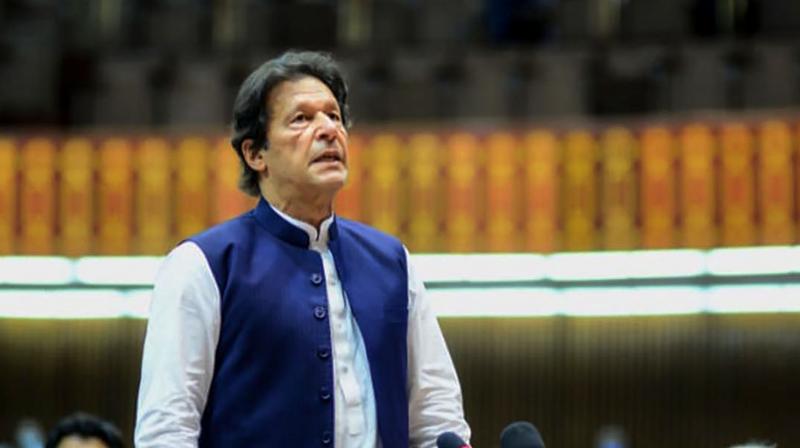 Islamabad: Pakistani opposition parties criticized Prime Minister Imran Khan on Thursday after he told parliament that al Qaeda leader Osama bin Laden had been “martyred” in 2011 by U.S. forces. Bin Laden, who masterminded the 9/11 attacks on the United States, was killed in a raid on his hideout in the Pakistani city of Abbottabad after eluding detection for nearly 10 years.

Pakistan was not aware of the operation, which involved U.S. helicopters flying deep into the country from Afghanistan.

“I will never forget how we Pakistanis were embarrassed when the Americans came into Abbottabad and killed Osama bin Laden, martyred him,” Khan said in his speech while recounting the lows of the relationship between Islamabad and Washington.

Opposition leader Khawaja Asif, the foreign minister in the last government, was among those who objected to the remark. He described bin Laden as the “ultimate terrorist”.

“He destroyed my nation, and he (Khan) is calling him a martyr,” Asif said in his reply on the floor of the house.

Bilawal Bhutto Zardari, whose Pakistan Peoples Party was in power when bin Laden was killed, accused the prime minister of appeasing violent extremism.

The government’s spokesman did not immediately respond to a request for comment on Khan’s remarks and the opposition leaders’ criticism.

Khan’s speech came as the country’s foreign office hit out at a U.S. State Department report that accused Pakistan of continuing to be a safe haven for “regionally focused terrorist groups”.

“While the report recognizes that al Qaeda has been seriously degraded in the region, it neglects to mention Pakistan’s crucial role in decimating al Qaeda, thereby diminishing the threat that the terrorist group once posed to the world,” a foreign office statement said on Thursday.