World   South Asia  27 Feb 2019  Motive of Pak’s strike was to show we have capability to hit back: Imran Khan
World, South Asia

Motive of Pak’s strike was to show we have capability to hit back: Imran Khan

'If we take to war neither I nor Modi would be in position to control. This is why I suggest that better sense should prevail,' said Khan. 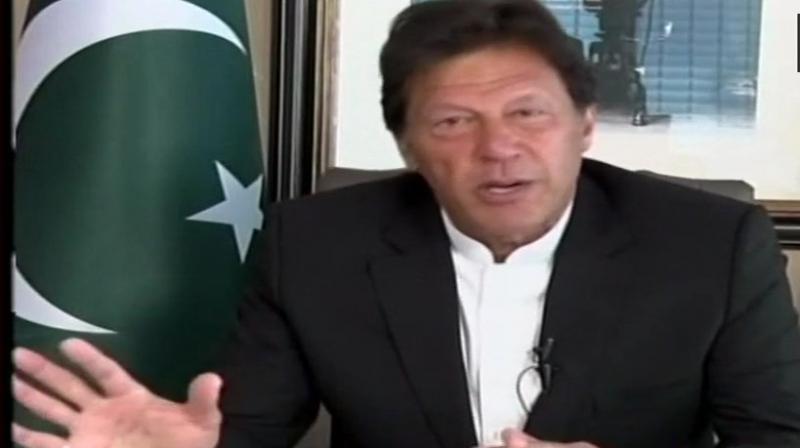 Islamabad: In a media address, Pakistan Prime Minister Imran Khan on Wednesday claimed that two Indian MIGs crossed the Line of Control and they were shot down, as he offered to defuse tensions between the two nuclear-armed neighbours and resolve the issues through talks.

Imran Khan said that they offered every kind of investigation after Pulwama attack in India. He said that Pakistan didn’t take action on Tuesday morning because they weren’t aware of the damage caused by the Indian air strike.

"Our action was only intended to convey that if you can come into our country, we can do the same. Two of their MiGs were shot down (in the ensuing action)," Khan said in a live TV address.

Khan said, “We did not want to cause much collateral damage in India when there was not much damage on our side. The only motive of Pakistan’s strike on Wednesday was to demonstrate that we have the capability to hit back.”

“All the wars have happened due to miscalculation. With all the weapons that Pakistan and India have, can we afford to miscalculate. If we take to war neither I nor Prime Minister Narendra Modi would be in a position to control its course. This is why I suggest that better sense should prevail,” said Imran Khan.

"Let's sit together and settle this with talks," he added.

His comments came minutes after the External Affairs Ministry in New Delhi said that Pakistan Air Force targeted military installations in India in response to Indian counter-terrorism operations but their attempts were foiled successfully though one Indian pilot is "missing in action".