Hafiz Saeed, LeT are liabilities, need time to get rid of them, admits Pak

Asif said, 'LeT, Haqqanis were darlings of US just 20 to 30 years back; they were being dined and wined in the White House'. 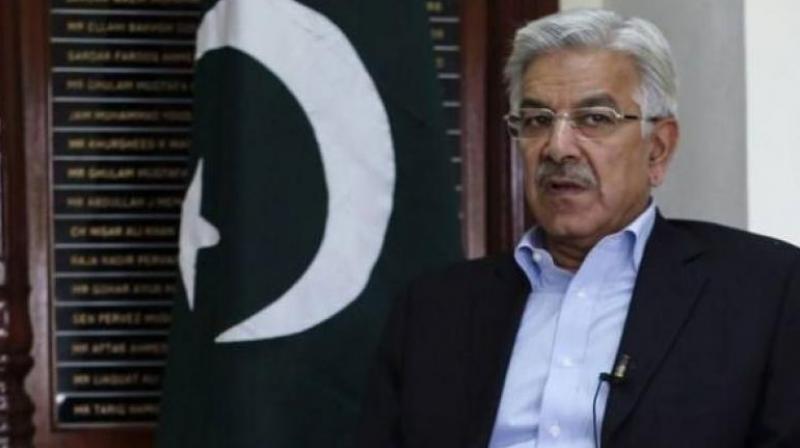 Islamabad: Accepting Hafiz Saeed and terror outfits like Lashkar-e-Taiba are liabilities, Pakistan on Tuesday hit out at the United States, stating that the White House till few decades ago considered these extremists as darlings, Dawn reported.

Speaking at the Asia Society forum at 72nd session of United Nations General Assembly, Foreign Minister Khawaja Asif said, "I accept, they (Haqqanis, Hafiz Saeed and Lashkar-e-Taiba) are liabilities but give us time to get rid of these liabilities because we don't have assets to match them and you are increasing the liabilities further."

Taking a dig at Trump for criticising Pakistan over increasing terrorism in the country, Asif said: "Don't blame us for Haqqanis or don't blame us for the Hafiz Saeed, Jamaat-ud-Dawa chief. These were the people who were your darlings just 20 to 30 years back. They were being dined and wined in the White House."

This was the first time that Pakistan’s foreign minister was speaking on the terror outfits at international platform after US President Donald Trump, while unveiling the new South Asia and Afghan policy in August, warned Islamabad for giving safe havens to terrorists.

“Pakistan ready to work with the United States for effective management of the Afghan border to stop terrorist infiltration and to facilitate a peace settlement in Afghanistan,” the foreign minister further said.

Stressing that there was no military solution to the festering conflict in neighbouring country, Asif said, “Scapegoating Pakistan for all the Afghan ills is neither fair nor accurate”.

Asif began his speech with the mention of Pakistan’s sour relation with India and said, “New initiative needed to bring India and Pakistan to the negotiating table, including Kashmir dispute, the main source of tension between two countries”.