What democracy is this where without asking people or taking suggestions, without confiding in parliament, decisions are made, she asked. 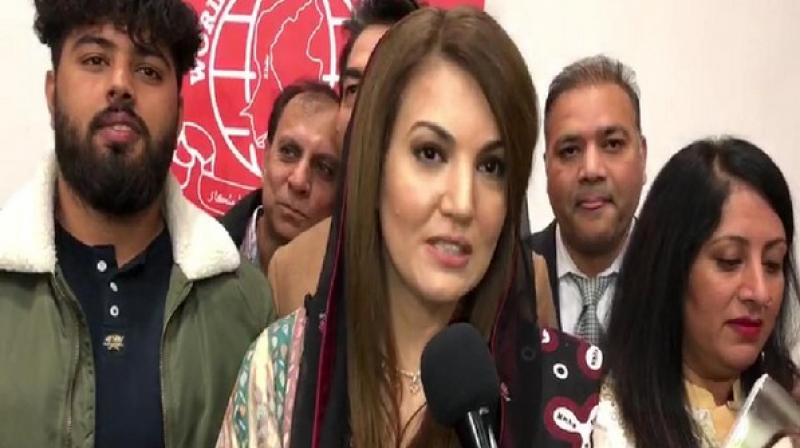 Pakistan Prime Minister Imran Khan's former wife and British-Pakistani journalist Reham Khan asserted that there is no democracy in the country at the moment and it is more of martial law that is governing the nation. (Photo: ANI)

London: Pakistan Prime Minister Imran Khan's former wife and British-Pakistani journalist Reham Khan on Saturday asserted that there is no democracy in the country at the moment and it is more of martial law that is governing the nation.

"The way we are being told that dams will be built. Then they say they have brought money. What type of democracy is this where without asking people, without taking their suggestion, without taking parliament in confidence, the decisions are being made. This is not democracy; I think they should accept that there is naked martial law in Pakistan,” she said.

Criticising her ex-husband for allegedly talking about Pakistan's poverty at an international platform, she said, "It is a very unfortunate situation in Pakistan nowadays. Prime Minister going to Saudi Arabia and openly telling about Pakistan's situation and saying that there is no money in the country. I believe no one who does a business or is an investor, insults their own country or venture at an international platform.”

Reham further demanded that there should be a discussion in parliament regarding the same.

"The way we have received these funds through begging and on what terms we have got it must be discussed in parliament. If Nawaz Sharif would have done so and have not discussed it with parliament, the situation would have been different,” the 45-year-old journalist said.

During a public address on Wednesday, Prime Minister Imran Khan had thanked Saudi Arabia for easing the pressure on Pakistan by extending financial help to the cash-strapped nation.