It came as a major relief to the embattled UNP leader, who was sacked last week by President Maithripala Sirisena. 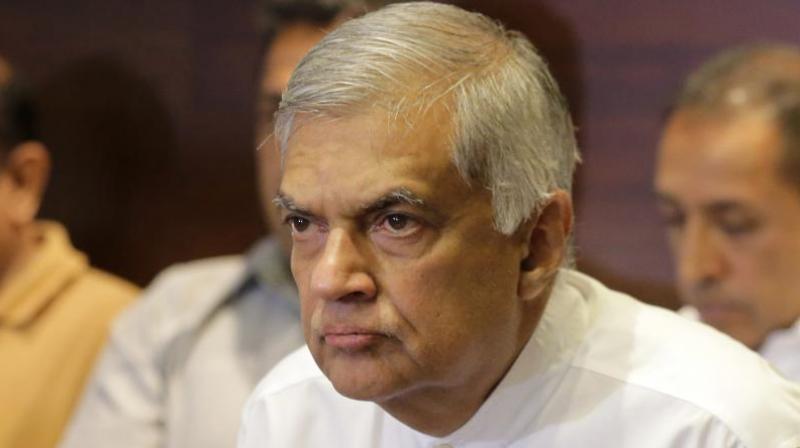 Colombo: Sri Lankan Parliament's Speaker Karu Jayasuriya on Sunday recognised Ranil Wickremesinghe as the country's prime minister in a major relief to the embattled UNP leader, who was sacked as the premier by President Maithripala Sirisena.

In a letter to Sirisena, Jayasuriya questioned Sirisena's decision to suspend the House till November 16, saying it will have "serious and undesirable" consequences on the country. He asked the president to restore Wickremesinghe's privileges as the leader of the government who has "obtained a mandate to secure democracy and good governance”.

The speaker said a prorogation of Parliament should be one in consultation with the speaker. "In this context continuing the prorogation of parliament until November 16 will have serious and undesirable consequences for our country and I kindly request you to reconsider same.

"I consider it is my duty to draw your attention to the convention that a prorogation should be one in consultation with the speaker," Jayasuriya said.

The speaker also questioned Sirisena's decision to withdraw the security of Wickremesinghe. Jayasuriya reminded Sirisena of certain forcible takeovers of state institutions since former strongman Rajapaksa was named Wickremesinghe's successor by the president on Friday night.