Suicide blast near US embassy in Kabul kills 5, wounds 8

The blast occurred around 10:00 am (0530 GMT) on a street lined with banks and shops leading to Massoud Square near the US embassy. 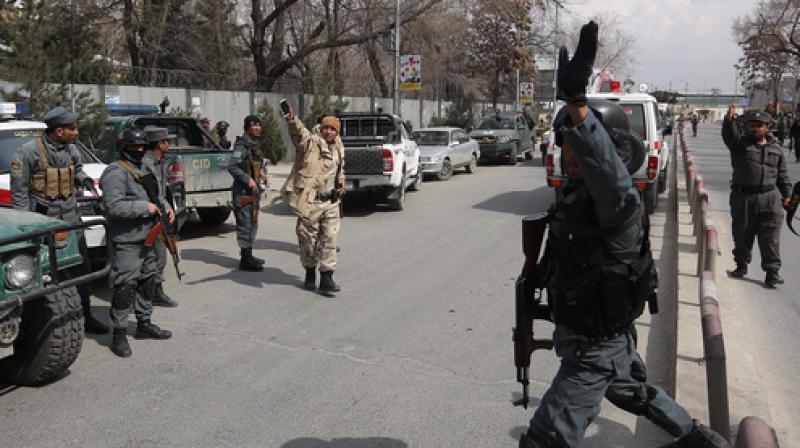 Kabul: An explosion occurred on a busy shopping street near the heavily-fortified US embassy in central Kabul Tuesday, officials said, killing at least 5 and injuring 8.

"An explosion has happened near Massoud Square in Kabul. We have no more details yet," Najib Danish, a spokesman for Afghanistan's interior ministry said.

An official in the ministry added that the blast happened outside a bank at a time when many security forces personnel were expected to be collecting their salaries ahead of this week's Eid holiday.

The blast occurred around 10:00 am (0530 GMT) on a street lined with banks and shops leading to Massoud Square near the United States embassy, close to Kabul's diplomatic area.

It was the latest explosion to rock the war-weary Afghan capital and comes a week after United States President Donald Trump committed American soldiers to Afghanistan indefinitely.

In May a massive truck bomb ripped through Kabul's diplomatic quarter, killing about 150 and wounding around 400 people, mostly civilians.