US defers decision to impose restrictions on Pakistani diplomats

The proposed restrictions could come into effect as early as 1 May, unless 'certain issues' were resolved before that. 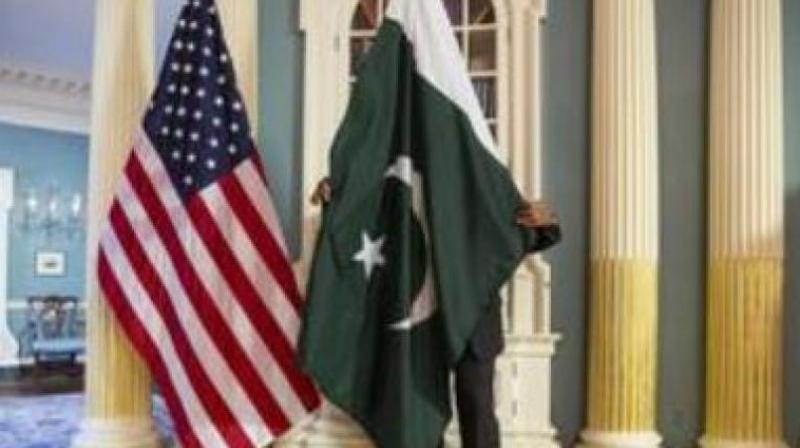 Official sources that the decision had now been delayed, at least till mid-May, as both sides were engaged in efforts to remove their differences, Dawn reported. (Photo: PTI)

Islamabad: US has delayed its decision to restrict the movement of Pakistani diplomats in America as both sides are trying to resolve differences that have strained their relations, according to a media report on Monday.

Last week, a spokesman for Pakistan's ministry for foreign affairs confirmed that the United States planned to impose new restrictions on its diplomats.

According to a notification sent to the Pakistan Embassy in Washington, Pakistani diplomats in the US capital and at consulates in other cities would be barred from travelling more than 40 kilometres from their posts without prior permission.

Media reports earlier had that the proposed restrictions could come into effect as early as 1 May, unless "certain issues" were resolved before that.

But official sources that the decision had now been delayed, at least till mid-May, as both sides were engaged in efforts to remove their differences, Dawn reported.

America's move to restrict Pakistani diplomats' movement came after US diplomats and visitors to US Embassy in Islamabad faced additional security measures, the report said.

Pakistan has prevented foreigners, including diplomats, from travelling to certain areas, such as Fata. Karachi and some areas of Balochistan have also been added to the list following continued militant attacks on both Pakistani and foreign targets.

Visitors to the US missions in Pakistan also have to go through strict security and identification routines. Pakistan argues that such measures aim at enhancing the security of foreign missions and their employees and have no other motive, it said.

But Americans appear particularly upset with a new practice, applying the same security measures to those invited by the US missions or diplomats to their offices and homes.

Previously, such guests only had to go through metal detection devices and a quick frisking to ensure they were not carrying weapons. They were not asked to show identity papers or disclose the purpose of their visit, as they are now.

Americans complain that sometimes Pakistanis working for the US Embassy and consulates also face unnecessary interrogation, as do the embassy's guests.

Pakistan has warned that a US decision to limit the movement of Pakistani diplomats would generate "much negative propaganda against Pakistan across the globe. It will also have an adverse impact on the Pakistani American community".