Sri Lanka: Church services to resume from May 5

No bags will be allowed inside as part of the tight security measures. 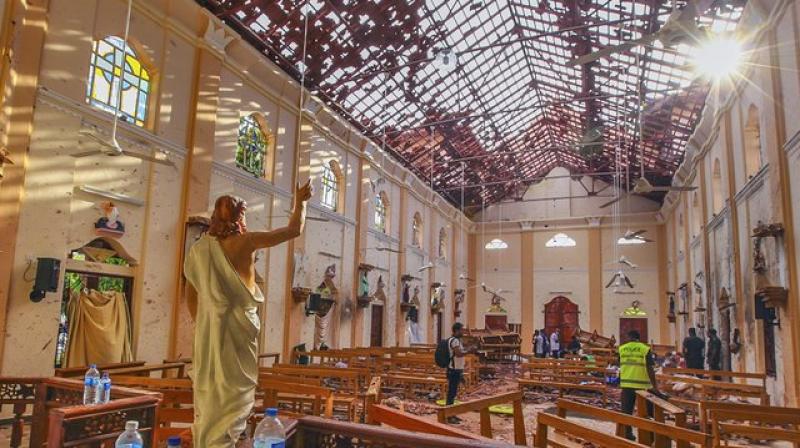 Colombo: Public mass in the terror-hit Sri Lanka would resume in certain Catholic churches from May 5 and no bags will be allowed inside as part of the tight security measures, according to Cardinal Malcolm Ranjith.

All public church services were cancelled after the Easter Sunday bomb blasts that ripped through three churches and high-end hotels.

The prelate said on Monday that vigilance committees formed by the residents of the parish would be responsible to identify individuals who enter their respective churches and parishioners will have to confirm their identity before entering a church.

The cardinal, who conducted a private memorial mass on Sunday fearing repeat of the Easter attacks, told media that bags will not be allowed to be taken inside the churches owing to security measures.

Commenting on Prime Minister Wickremesinghe's statement that the bombings could have been averted had the Counter-Terrorism Act been in force, he said that amending the Prevention of Terrorism Act (PTA) is better than bringing in a new piece of legislation to counter terrorism, the Daily Mirror reported.

The religious leader said a new government comprising all parties should be appointed.

"No party should think of elections at this moment. We will even have to take to the streets and lead peaceful protests if the government continues to handle the situation in the manner it presently does. Action should be taken against ministers and MPs if they were found guilty of being part of the Easter Sunday bombings," he was quoted as saying in the report.

Cardinal Ranjith said he wasn't consulted prior to the appointment of a Presidential Commission to probe security lapses that led to the Easter bombings.

Meanwhile, the Cardinal refused to accept a bullet-proof vehicle provided for his security by Prime Minister Wickremesinghe, saying what matters most at present is the safety of people.

A total of 106 suspects, including a Tamil medium teacher and a school principal, have been arrested in connection with the Easter Sunday blasts.