A nationwide lockdown was lifted last week, and Nepal is now open 'for tourism activities, including mountaineering and trekking' 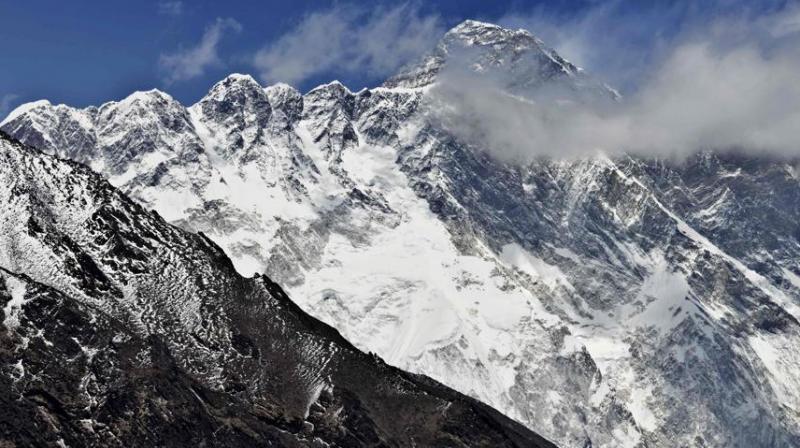 The Himalayan country shut its borders in March just ahead of the busy spring season when hundreds of mountainees usually flock to the country, costing jobs and millions of dollars in revenue. (Representational Image: AFP)

Kathmandu: Nepal has reopened its mountains -- including Everest -- for the autumn trekking and climbing season in a bid to boost the struggling tourism sector, officials said Friday, despite coronavirus uncertainty.

The Himalayan country shut its borders in March just ahead of the busy spring season when hundreds of mountainees usually flock to the country, costing jobs and millions of dollars in revenue.

A nationwide lockdown was lifted last week, and Nepal is now open "for tourism activities, including mountaineering and trekking." Mira Acharya of the tourism department told AFP.

The government will permit international flights to land in the country from August 17.

The decision comes despite over 1,000 new coronavirus infections reported this week, with a total of 19,547 cases.

Officials were "working on" safety protocols Acharya added, including for how long visitors would have to quarantine on arrival.

Mingma Sherpa of Seven Summit Treks, one of the biggest Nepali expedition organisers, said that clients were calling, but were waiting to find out how long arrivals will have to quarantine for.

"It would be a relief for mountaineering workers if we can run expeditions after an empty spring season," Sherpa said.

Tent cities grow at the foot of Everest and other peaks in the climbing seasons, with climbers and support staff all living in close quarters.

Breathing is already difficult at higher altitude -- adding to medical risks if there is an outbreak of any kind among climbers.

Lukas Furtenbach of Furtenbach Adventures said that they had cancelled all expeditions.

"I think running an expedition now would be trial and error. Trial and error was never our strategy for expeditions, where we are responsible for the lives of our staff and our clients," he said.

Mountaineering experts say the September-November season is more dangerous due to high winds and lower temperatures, and the world's highest mountains see only a handful attempt to climb them.

Autumn summits on Everest last year were thwarted by a serac -- a block of glacial ice -- hanging dangerously above the already treacherous Khumbu icefall that climbers have to cross to reach Camp 1.

Last year's traffic-clogged spring climbing season saw a record 885 people summit Everest, 644 of them from the south and 241 from the northern flank in Tibet.

The season ended with 11 deaths on the mountain, with at least four blamed on overcrowding.

Only a Chinese team reached the summit of Everest from its northern Tibetan side this year after all other expeditions were barred.