Hitting back, Captain said that Rawat’s claims were prompted by the 'pathetic situation' that the Congress found itself in the state 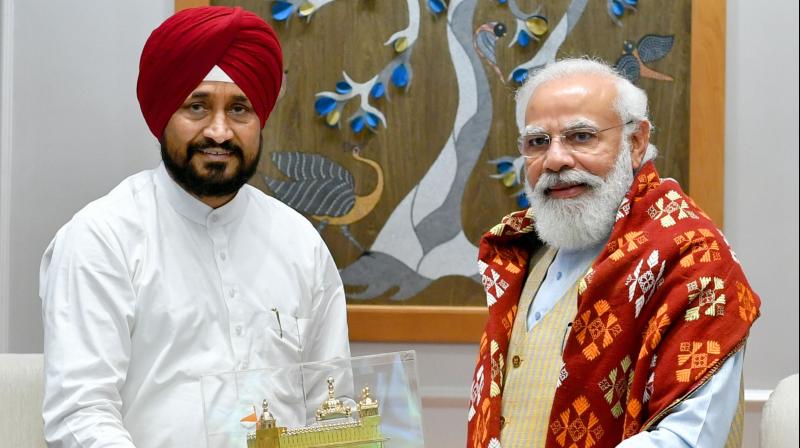 New Delhi: An ugly public spat broke out between Harish Rawat, the Congress’ general secretary for Punjab, and former Punjab chief minister Captain Amarinder Singh over the latter’s statement on Thursday that he will not stay in the Congress as he has been “humiliated” by the party.

Taking the first shot, Rawat said that the Congress has always held Captain Singh and his family in high esteem and has given him important positions in the party and government.

“After meeting Amit Shah and the BJP’s contact man, the theory of humiliation is being circulated to gain the sympathy of the people. The humiliation-based sympathy politics may help a person, but it will not help Punjab. Captain Amarinder was controlling both the government and the party from his farmhouse (home). No one asks him a question regarding his absence from the secretariat, visits in the districts,” Rawat said.

He added that Captain Singh’s “proximity” with BJP leaders like Shah puts a question mark on his secular credentials and warned the Centre not to attempt toppling a majority government in the state. Alleging that the former Punjab chief minister was playing into the hands of people with whom he had no ideological ties, Rawat said Capt. Singh should have stood with the Congress leadership to save democracy.

Capt. Singh, who resigned from the top post in the state last month, had met Shah in Delhi on Wednesday and said that he discussed the prolonged farmers’ stir against three agri laws with the Union home minister.

Addressing a press conference in Dehradun, Rawat said, “His proximity with Amit Shah and some other BJP leaders puts his secular credentials in doubt.”
Rawat advised Capt. Singh not to walk into the BJP’s trap and become its “mukhauta” (mask) in Punjab.

Hitting back, Captain said that Rawat’s claims were prompted by the “pathetic situation” that the Congress found itself in the state after a winning spree of four-and-a-half-years. “Three weeks before stepping down as the CM, I had offered my resignation to Sonia Gandhi but she had asked me to continue,” he said, adding, the that “humiliating” manner in which he was pushed into resigning just hours before the CLP meeting, which was convened to oust him, is a matter of public record. “But I am no longer surprised that a senior and seasoned Congress leader like Rawat is questioning my secular credentials. It is quite evident that I am no longer trusted and respected in the party that I have served loyally all these years. The world saw the humiliation and the insult heaped on me and yet, Rawat is making claims to the contrary. If this was not humiliation then what was it?” he asked.

Rawat, he said, should put himself in his shoes, and then, perhaps, “he would realise how insulting the entire affair was”.