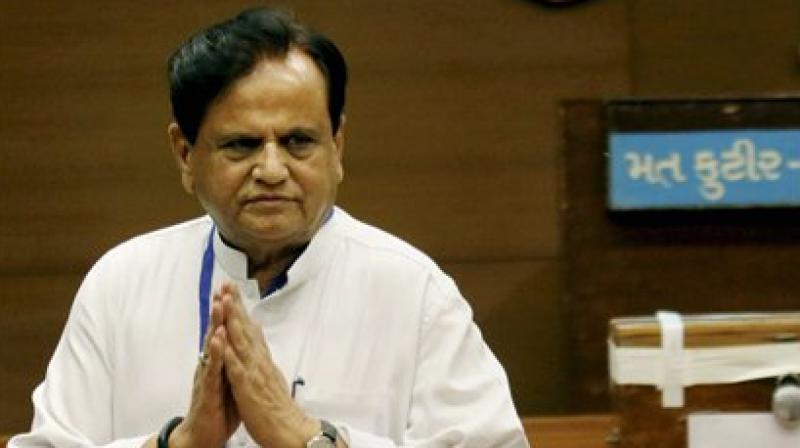 New Delhi: After the proverbial night of long knives, senior Congress leader Ahmed Patel defeated BJP candidate Balwantsinh Rajput to enter the Rajya Sabha for his fifth consecutive term. It was a tough fight for 67-year old Congress veteran, the win reminiscent of his 1977 victory in Lok Sabha elections when the Congress was wiped out.

It was a day of high-octane political activity with both the Congress and the BJP making multiple trips to the Election Commission after the completion of voting for the three Rajya Sabha seats.

After 176 MLAs had cast their votes by 3 pm in Gandhinagar, the Congress moved the EC in Delhi, demanding cancellation of the votes of two of its MLAs, Bholabhai Gohil and Raghavji Patel. The Congress charged its two legislators of showing their ballot sheets to people other than authorised party representatives. They had alleged waved their ballot paper to Mr Shah.

Both these MLAs had voted against the party whip and in favour of the BJP, a fact to which they admitted openly. The Congress also submitted a video of the proceedings of the polling to the EC.

After them, another Congress delegation, led by senior leaders P. Chidambaram, Ashok Gehlot and Randeep Singh Surjewala, met the EC once again, demanding the cancellation of the votes of the two MLAs. This halted the counting of votes in the Gujarat Assembly.

Late evening, after the EC held a meeting of its full bench, it ruled in favour of the Congress and cancelled the votes of its two MLAs, virtually clearing the decks for Mr Patel’s entry to the Upper House.

The EC order reduced the strength of the Assembly to 174, which in turn reduced the victory margin by one vote to 44, down from 45.

Though there was jubilation in the Congress camp, the BJP stalled the counting of votes, saying that the EC should address their complaint as well. Their complaint was that another Congress MLA had shown his ballot paper to an unauthorised person. However, EC sources said that they had not received any such complaint till late night. Sources said that the BJP was considering all legal options at its disposal.

After much drama the ballot boxes were opened at around 1.30 am. Reports suggest that out of the Congress’ 51 MLAs, as many as eight MLAs cross-voted against the party’s candidate. This includes former Gujarat chief minister Shankersinh Vaghela and his son. While MLA each of the NCP and JD(U) voted for Mr Patel. After his win, Mr Patel tweeted, “Satyamev Jayate.”