India   All India  14 Nov 2016  Chaos in Congress even before UP poll drive starts
India, All India

Chaos in Congress even before UP poll drive starts

The murmurs of an alliance have made local leaders very angry. 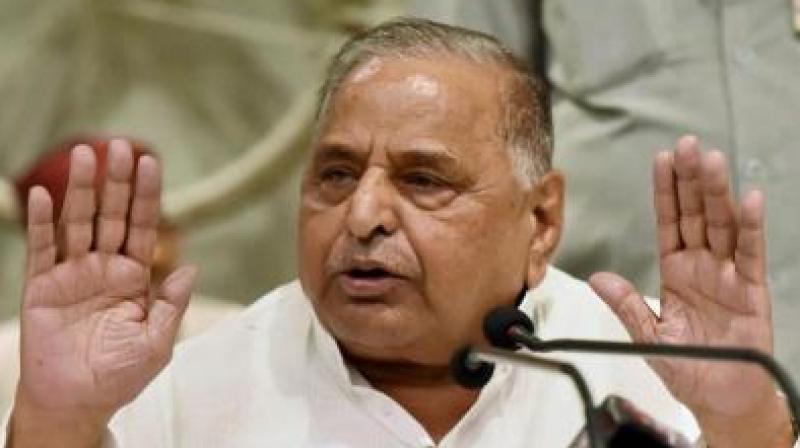 New Delhi: The Congress campaign in Uttar Pradesh seems to hit a roadblock. The meeting between Samajwadi Party chief Mulayam Singh Yadav and Congress strategist Prashant Kishor has sent confusing signals to Congress cadres and supporters in the state. The murmurs of an alliance have made local leaders very angry. A local Congress leader who does not wish to be named said that “the campaign of the Congress started very well, but with this alliance talk, we are sending a non-serious image. An image that we are not confident”. He added that this has dented all the good work done by the party in the state in the last four months.

It was the first to get off the block for campaigning in the race for the 403-member Uttar Pradesh Assembly. Unlike previous Congress campaigns, this one saw the announcement of the chief ministerial candidate at an early stage. The new state chief and committee chiefs were also announced well in advance. Yatras were also planned months in advance, of which four have been completed, inlcuding one led by party vice-president Rahul Gandhi. Party president Sonia Gandhi also did a roadshow in Varanasi.

However, the Congress is now shouting from the rooftops that Mr Kishor was not authorised to hold talks with Mulayam Singh Yadav. Congress’ campaign committee chief in Uttar Pradesh, Sanjay Sinh, said, “Any tie-up with the Samajwadi Party will not be beneficial for the Congress.” But others behind closed doors are asking why the Congress general secretary in charge of Uttar Pradesh met JD(U)’s Sharad Yadav. The JD(U) has been calling for a Bihar-like grand alliance in Uttar Pradesh.

Those aspiring for Congress tickets have also started developing cold feet. They are unsure whether they will get tickets if an alliance is formed and the confusion has led to a section of Congress leaders in UP targeting Mr Kishor.

Many plans which had been made have gone awry. For instance, there is no update on the kisan maang patras which were supposed to be filled by farmers. There are no new yatras which have been planned for the state. The Indira Gandhi birth anniversary programme is being held in Delhi, not in Allahabad’s Anand Bhawan.