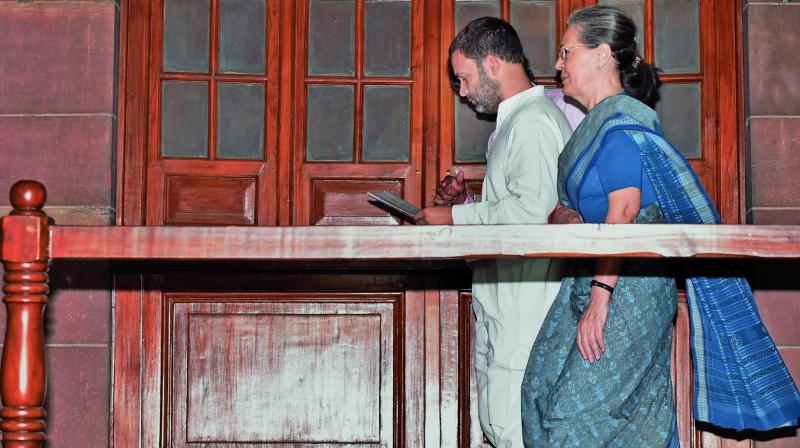 New Delhi: After the Election Commission granted the Congress party a year to conduct its organisational elections, the party has set up an election committee, under Lok Sabha MP from Kerala, Mullapally Ramachandran.

Sources said this is the beginning of the anointment of party vice-president Rahul Gandhi as the president. The elections to the post would be held between September 15 and October 15.

Insiders say that Mr Gandhi — to show his belief in internal party democracy — wants to contest the election rather than being anointed by the Congress committee. After becoming general secretary of the party’s frontal organisation, he had started internal elections to the National Students Union of India and Indian Youth Congress. However, many in the Congress criticised the move, saying the money power was used in these elections.

Sources confirm Mr Gandhi wants to break the shackles of the old guard and encourage grass-root workers. Even in the 2014 General Elections, he had talked about having primaries like the United States in India also. Total 15 Lok Sabha candidates of the Congress were selected through primaries, though all lost the elections.

After the debacle in Uttar Pradesh and Uttarakhand elections, doubts have been raised over the leadership of Mr Gandhi. Several party leaders even demanded fixing of the responsibility at the top. “The only silver lining was Punjab but Captain Amarinder Singh had defied Rahul Gandhi and won the elections on the basis of his charisma,” said a senior party leader.

Punjab CM Amarinder Singh said earlier he is also not in favour of conducting elections for the top party post. “Congress will be happy if Sonia Gandhi decides to continue for an another term. But she has to take a call on it,” he said.

Many say if Mr Gandhi contests the elections, it will wash away the ‘inheritance’ tag often attributed to him. In November 2016, senior leaders had asked him to take over as the chief. For now, there are all indications that he will contest the election.