Trouble again in Punjab Congress as elections near 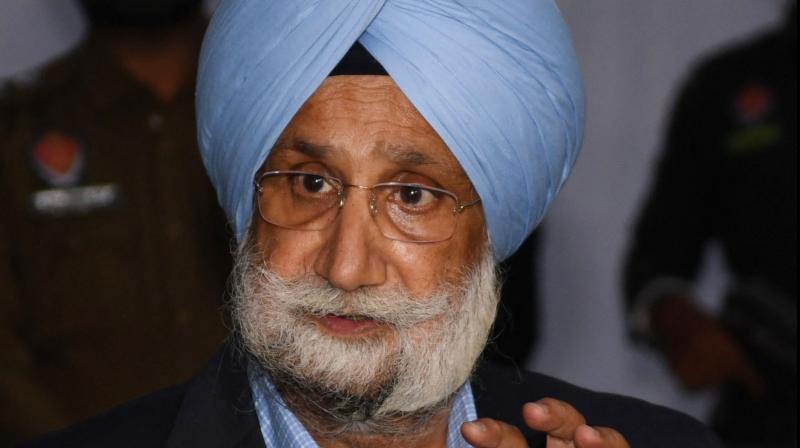 New Delhi: Fresh trouble is once again brewing in the Punjab Congress. The state’s deputy chief minister and home minister, Sukhjinder Singh Randhawa, on Monday said he was ready to give up the home portfolio to state unit chief Navjot Singh Sidhu if the latter so wishes. Mr Randhawa said: “Punjab Congress chief Navjot Singh Sidhu has been upset with me ever since I became the home minister. If Sidhu wants the home ministry, then I will put it at his feet in a minute.”

Mr Randhawa, as state home minister, had categorically stated that Akali Dal MLA and former minister Bikram Singh Majithia, who is an accused in the drug case, is not in Punjab. Mr Majithia is also the brother-in-law of top Akali leader and former deputy CM Sukhbir Singh Badal.

Mr Randhawa said: “As per my information, Bikram Singh Majithia is not in Punjab. These are fake videos and pictures. If Bikram Singh Majithia is seen anywhere in Punjab, we will immediately arrest him. Our teams are searching for him. He is inside the country because he does not have security from any of the governments. So, saying that the police has the information is false. The charges which have been slapped against him are very grave.”

The Punjab Congress has been in a state of ferment for the past several months. Reports indicate that Mr Sidhu is unhappy as many suggestions sent by him to the state government are not being followed in totality. Former state party chief Sunil Jhakhar has been attacking the state unit while Lok Sabha MP Ravneet Singh Bittu has also been attacking the Pradesh Congress.

In November 2021, the removal of the state’s advocate-general on the insistence of Mr Sidhu and the Punjab PCC had caused a huge uproar in the party. A major tussle had been going on between Navjot Singh Sidhu and chief minister Charanjit Singh Channi. Mr Sidhu had been insisting on the removal of advocate-general A.S. Deol while Mr Channi wanted him to continue. Finally, Mr Sidhu prevailed and Mr Deol submitted his resignation.

As the Assembly elections in the state draw closer, the Punjab Congress is far from finding a resolution to its rampant infighting.