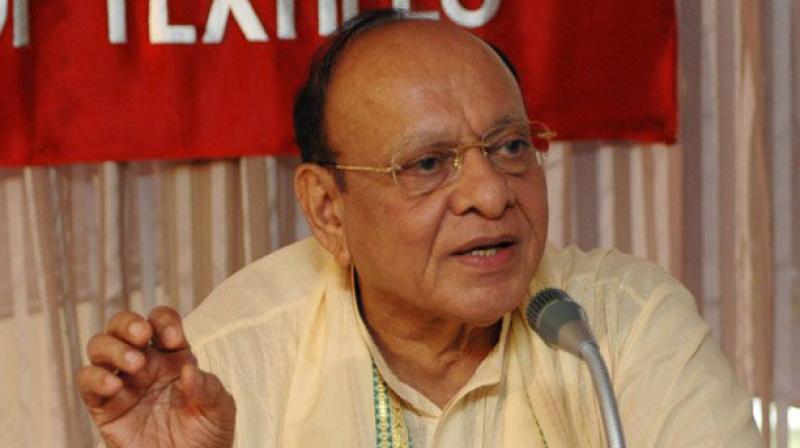 New Delhi: With just seven months to go for the Assembly polls in Gujarat, trouble continues to mount for Congress in the politically-crucial state. Senior Congress leader and former chief minister Shankersinh Vaghela, upset over not being “officially” projected as the party’s face for the forthcoming elections, has taken on Congress scion Rahul Gandhi head on and may take a call on his association with the party.

Mr Vaghela has unfollowed Mr Rahul on Twitter and also deleted all his anti-BJP comments. Speculations are rife that Mr Vagehla could be looking at the options of returning to his original outfit BJP. Of course, to make himself look neutral at this juncture he removed everyone whom he had earlier been following. His Twitter account at this juncture shows “0 followers”.

It may be recalled that since the first week of April this year, Mr Vagehla’s followers had unleashed a major social media campaign, particularly on Twitter, for projection of “Bapu”, (Vaghela fondly called by his followers) as the chief ministerial face of the Congress for Assembly polls. A section of state Congress MLAs also mounted pressure on the high command to “officially” name Mr Vaeghla as the CM candidate. After Mr Ashok Ghelot took over as the new Congress general secretary in-charge of Gujarat there were speculations that the party high command could throw it’s weight behind Mr Vaghela.

It was learnt that Mr Vaghela had also met Mr Gandhi and urged him to project him as the party’s face in the state. During the first week of May, Mr Gandhi held a rally in Narmada district of south Gujarat which was attended by Mr Vaghela and other senior leaders. After that a strategy meeting was held in Delhi chaired by the Congress vice-president which was again attended by Mr Vagehla among other senior state leaders.

Indications kept pouring in that Mr Vagehla was all set to be named as the campaign chief or CM candidate. Four days back, Mr Ghelot announced that the Congress would go to the polls without any CM candidate.

Sources said that the Congress high command had to take this step as the state unit was ridden with factionalism and naming Vagehla as CM candidate would upset the other factions. The Gujarat Congress is divided into four camps — the Vaghela camp, state unit chief Bharatsinh Solanki camp, Arjun Modhwadia camp and Shaktisinh Gohil camp.

Sources revealed that it was the Solanki camp which virtually pushed the idea of  going to polls without a CM face. Reacting to Mr Vagehla’ apparent mood to rebel, a senior Congress leader told this correspondent that “He(Vaghela) is doing what was done by Himachal Pradesh Chief Minister Virbhadra Singh and Punjab Chief Minister Captain Amarinder Singh.”  During the 2012 assembly polls in Himachal Pradesh, Mr Virbhadra Singh had threatened to quit the party if he was not projected the CM candidate. Before the assembly elections in Punjab, Capt Amrinder Singh had clearly indicated to the Congress high command that he could form a new outfit or swtich parties if he was not made the PCC chief. The party high command had conceded in the both the cases.

The Congress leader added that Mr Vagehla “knows that he is the only pan Gujarat leader  Congress has at the moment and was using it to leverage his cause.”