Congress divided on its next president

Rahul, Sonia or an election likely to pick a non-gandhi to lead Congress 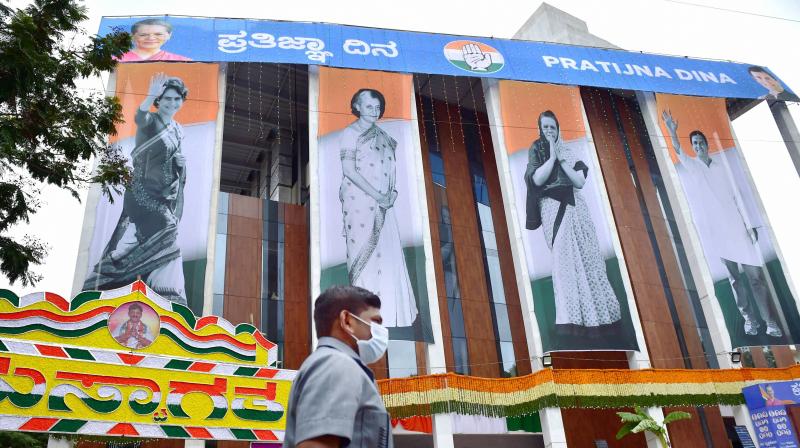 As Mrs Sonia Gandhi’s one-year term as interim Congress president draws to a close in early August, the party is abuzz with hectic parleys on the way forward. After the 2019 Lok Sabha debacle, Rahul Gandhi had resigned as party chief and his mother had taken over as interim chief till August 10, 2020.

The party is divided right down the middle on who should be its next chief. Leaders close to Mr Gandhi are lobbying hard to ensure he takes over again, but till now he has shown little or no inclination to do so. Other leaders want Mrs Gandhi to take over as a full-fledged president and run the party with an iron fist, without interference from leaders close to Mr Gandhi. Some want an election for the post, so that preferably a non-Gandhi becomes chief, to ward off the dynasty tag.

A lot of Congress leaders are worried that due to lack of a strong central leadership and the existence of multiple power centres, crucial decisions are delayed. Some leaders have written to the Congress president urging clarity on key leadership issues.

to this newspaper, a senior leader said: “This constant bickering between the (pro-Rahul and anti-Rahul) camps is razing the party to the ground. If Rahul Ji wants, he should take over, but if he doesn’t, let somebody else take over and do the job.”

They say even though Mrs Gandhi is party chief, “the office of Rahul Gandhi” and his advisers exercise “undue influence” in the Congress’ decision-making, such as in Rajya Sabha nominations.