A majority of senior party leaders, including some G-23 members, have rallied around Kharge 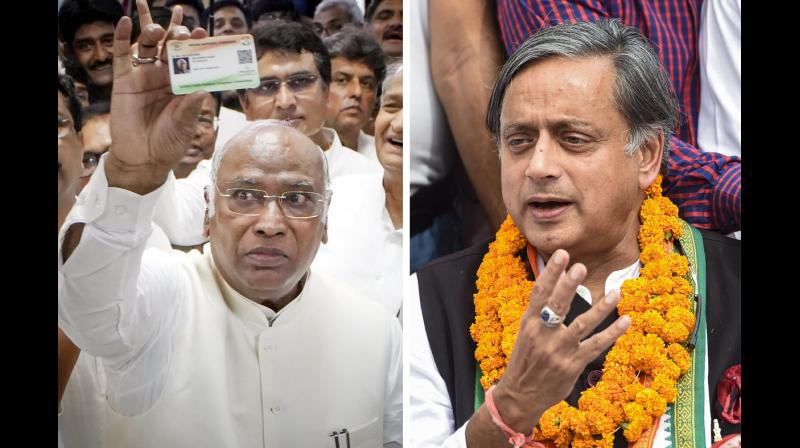 NEW DELHI: As the desert storm settles in the Congress camp, the race is now on between Mallikarjun Kharge and Shashi Tharoor for the Congress presidential poll.

Despite the much-hyped claim about maintaining “neutrality”, the party high command — meaning the Gandhi family — is clearly backing Kharge. A majority of senior party leaders, including some G-23 members, have rallied around Kharge. Adhering to the “one man one post” concept as decided at the party’s Udaipur conclave, Kharge will step down as Leader of the Opposition in the Rajya Sabha.

Kharge has been a loyalist and has played the role of leader of the Congress in the Lok Sabha from 2014 to 2019. Since last year he has been the Leader of the Opposition in the Rajya Sabha. He has been an MLA for several terms, a Union minister during UPA-2. His son is an MLA and was a minister in the Congress government in Karnataka.

Tharoor, releasing his manifesto, also asserted that he has a “vision” to strengthen the party, which should be a vehicle for “change”. Throor’s name was proposed by, among others, Karti Chidambaram and Sandeep Dikshit.

Former Madhya Pradesh chief minister Digvijaya Singh, who had collected the nomination papers on Thursday, dropped out in favour of Kharge. He said: “I told him that I stand by him and can’t even think of contesting against him; I will be his proposer.” Singh met Kharge on Friday morning at the latter’s residence.

Jharkhand Congress leader K.N. Tripathi also filed his nomination for the party`s topmost position, and said “the decision of party leaders is respected”. He had served as national president of the Congress-affiliated Indian National Trade Union Congress. The last date of filing the nomination was September 30 and the last date to withdraw is October 8.