‘Distortion of democracy is evident. Is its dismantling on the way?’

There is no clarity of thought and vision in the government on how to get the economy back on track, says Salman Khurshid. 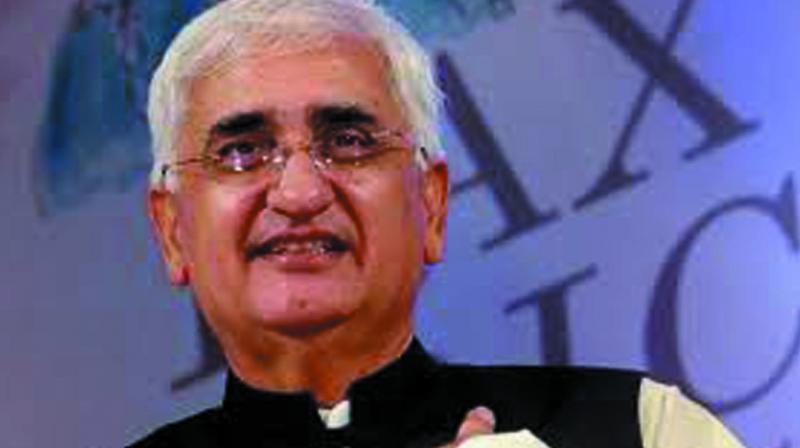 The Modi government has completed 100 days in office. Former external affairs minister and senior Congress leader Salman Khurshid spoke with Ashhar Khan on the performance of the current government and about his party.

Do you foresee a major economic slowdown in the country in the coming days?
The slowdown is here already. The question is of how worse will it get? But there seems to be no slowdown in the arrogance of the ministers of the government. They keep travelling and addressing press conferences rather than addressing the core issues that need to be addressed. Perhaps this government confuses activity with achievement. There is a lot of activity happening within the government but nothing is coming out of it. They have neither the bandwidth nor the resources to set right what has gone wrong. The irony of it all is that they are ignoring good advice coming their way. Instead of implementing it they are ridiculing the person giving it. Such is the functioning of this government.

But the government claims otherwise.
It is a government of claims. The challenge is to reclaim what is lost. In the last couple of weeks certain sectors have started giving advertisements in newspapers enunciating the kind of economic shambles their sectors are in. This also shows that the media is not presenting the correct picture of the economy, especially when industry has to buy space in newspapers to put forward their concerns. This government came to power on the promise of lower prices. Please compare their fuel prices with that of the UPA era and also the crude oil prices. Then compare the value of the rupee. Several key companies have started no production days. The finance minister in her Budget speech came out with several proposals and then within a month she went back on many of them. There is no clarity of thought and vision in the government on how to get the economy back on track.

There have been several statements made by your party on the abrogation of Article 370.
People have over the years not given Article 370 serious thought. Knee-jerk reactions confounded by the government’s penchant for distorting reality have caused confusion. But our party is clear about fundamentals. The Congress, soon after the news came, had a working committee meeting on the issue of Article 370 and put forward our stand. After that we called in our state unit chiefs to put forth our views on the issue to the public at large. As I said earlier, knee-jerk reactions are uncalled for in such situations.

You have been the foreign minister and now Pakistan is trying to internationalise the Kashmir issue after the abrogation of Article 370. Your comments?
Sadly, the government has as usual not thought things through. Pakistan is on a weak wicket but we cannot afford to let our diplomatic guard down. Let me once again state for the record that Kashmir is an integral part of India and there is no question of any third party intervention on the issue. This has been the principled stand of the Indian National Congress. But yes, we have to ensure that our guard is not down.

What are your views on the NRC that came out on August 31 in Assam?
Thus far, the inevitable has been accomplished. But there is much yet to do. Some genuine corrections are to be made and we need to find a solution to stateless citizens as a nation committed to human rights and a shared humanity. But the truth is out for all to see: A number of people have been left out. Some of them have served in our defence forces while others have been prominent in public life.

What is the roadmap ahead for the Congress? It is being said that the party is in complete disarray.
Give us a breather. We are experiencing the birth pangs of a new avatar. Lakhs of devoted and committed Congress workers will breathe new life into the party we cherish. Several changes have been made in the party while many others are in the offing.

We are also seeing factional fights in the Congress in Madhya Pradesh, Haryana and Rajasthan.
All this is jostling for the new order after the dramatic jolt of the 2019 elections. Change always comes with some discomfort and adjustment.

Corruption has become a key issue. Your comments on the arrests of P. Chidambaram and D.K. Shivakumar?
Nothing but vendetta. All this will ultimately be seen as an undeclared assault on liberty. As said by Mr Chidambaram, all the allegations are baseless and politically motivated.

How well prepared is the Congress for the upcoming state elections?
We are in sure and steady mode. You have seen that in all these states changes have been made. The party is together, the party is one and united in our resolve to present what we stand for to the people.