‘The attack on JNU was barbaric in the least’

All the claims being made by the AAP in the areas of education and health are hugely exaggerated and we will expose them, says Sandeep Dikshit 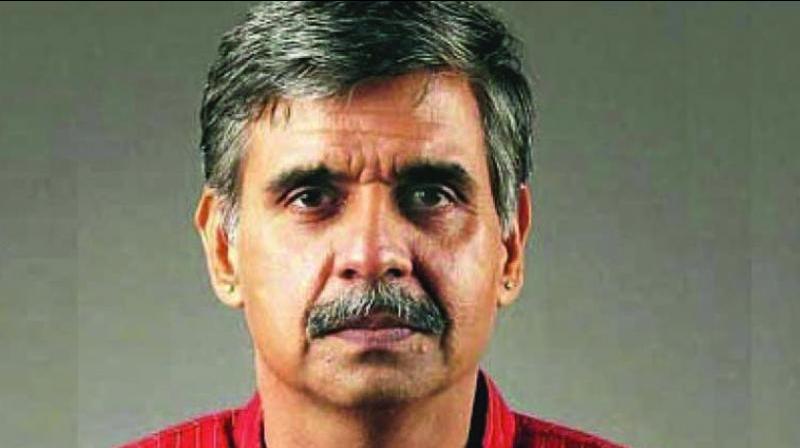 The national capital has been engulfed in protests over the last couple of weeks, and with state Assembly elections round the corner, the political temperature has also risen. Congress leader and former Delhi Lok Sabha MP Sandeep Dikshit spoke with Ashhar Khan on these issues.

The last couple of days have seen protests not only in New Delhi but across the country. In fact you were also a part of one of these protests in New Delhi. Do you think that the government should reach out?

As is evident, this government does not want to talk to or engage with anybody. We have seen that they brought a law that was unacceptable to many people. When they protested, mainly students, they were brutally lathicharged by the police. The police entered university campuses — in New Delhi they entered and smashed the library of Jamia Millia Islamia. Similarly, in Aligarh also, police excesses are well known and for all for see. The death toll in Uttar Pradesh of protesters is perhaps the highest in the country. All this has been happening because a discriminatory law was passed and people were apprehensive and wanting the government to reconsider its decision. Instead of listening to the people or the students, it went ahead. So you can see for yourself: college campuses across the country are abuzz. I also joined one such protest but I was also picked up but released subsequently. But what is alarming is that this government has shown no inclination or willingness to reach out or have discussions with protesters. Hence, the protests are going on. Hope this government listens and better sense prevails on it.
The demand of people like us opposing the current CAA is very simple — rather than identifying religions of people, which is against the spirit and nature of our Constitution and the values of the freedom movement, the act could have just stated “all people who are religiously persecuted in their nations” would get the benefit of eased norms of citizenship. This line would have given benefits to all minorities in neighbouring countries and excluded others.

There has been violence in JNU also. But the Delhi police has named the university’s students’ union leader too, who was injured. Your comments?

The attack on JNU was barbaric to say the least. I hold the administration of JNU completely responsible for this attack. Also, when the attack was going on, what was Delhi police doing? We had seen Delhi police moving around with alacrity when they were beating up students and protesters earlier. The press conference by Delhi police on Friday evening was even more shocking — their report of investigation of the June 6 JNU incident — it is a shoddy investigation to say the least because out of nine people, two are from the ruling party and it clearly indicates that people who are victims of the incident — they have been named as accused. What we have seen in the police report, what we have seen in the investigation: the police’s investigation is clearly influenced by the ruling party, by the government, by the home minister and people around — 40-50 persons — masked people — with lathis, rods and weapons, they entered the JNU campus, they beat up the students, they created a mess in JNU and then very easily they are coming out in front of the police, in front of the eyes of Delhi police and the police has so far not been able to identify such masked people. It is a matter of shame — that’s the least I can say.

If we go with global indicators, perhaps India will be amongst the top countries where Internet shutdowns keep happening all the time. Also, the blatant use of section 144 to keep the protesters away is being used indiscriminately. In UP there was no Internet in several cities as it was shut down by the government. Now the issue here is that several businesses and essential services are run on the Internet. So you cannot have a perpetual lockdown. Similarly, in Jammu and Kashmir also the shutdown cannot be in perpetuity. The court has also said that any order suspending the Internet issued under the suspension rules must adhere to the principle of proportionality and must not exceed beyond the necessary duration. The Supreme Court in its order clearly states that freedom of speech and expression and freedom to practice any profession or carry on any trade, business or occupation over the medium of the Internet enjoys constitutional protection. Hence, we welcome this order.

The Delhi Assembly elections are round the corner. How do you see the chances of your party?

The ruling AAP has thoroughly exposed itself. It is nothing but a big PR exercise going on and on and on. It has not carried out any original developmental work. Instead, it has only inaugurated the projects that were started at the time of the previous government. Just show me one new road or flyover they have built in the last five years. They talk about Delhi government schools: Schools of the Delhi government have always been good — if you just look at the record of the previous Congress governments of the state it will be clear to you. As far as the BJP is concerned, it has got nothing to offer — absolutely nothing. There is major infighting amongst the leaders of the Delhi BJP. The only thing they are hoping for is polarisation so that they can go ahead with their divisive politics. So the Congress will surely be in a position to form a government. The results will surprise everybody.

How are you so sure that the Congress will do well? In the last Assembly elections you got zero seats?

That was a different election and the two elections cannot be compared. This time round people have seen what they voted for. We have new state unit president, the party is on the move, our cadres at the booth level are energised. There is a huge rush of candidates seeking tickets from the Congress because people know that the party will come to power. We as a party are going to people telling them about the false promises that were made to them.

What has the Congress got to offer to people in this election?

The number of hospitals, schools, flyovers we built far outshine anything the AAP has done. We will ensure that the pollution levels come down, which is one of the most important things affecting the lives of everybody. The people of the city know that the Congress has fulfilled its promises earlier and it can do the same now. All the claims being made by the AAP in the areas of education and health are hugely exaggerated and we will expose them.

Since you are so confident, does the party have a chief ministerial candidate in mind?

Well, you know very well that in our party it is the elected MLAs who elect their leader when there is no sitting chief minister seeking re-election.