Opinion   Oped  11 Apr 2020  Saikat Datta: Why we lurch from one disaster to another
Opinion, Oped

Saikat Datta: Why we lurch from one disaster to another 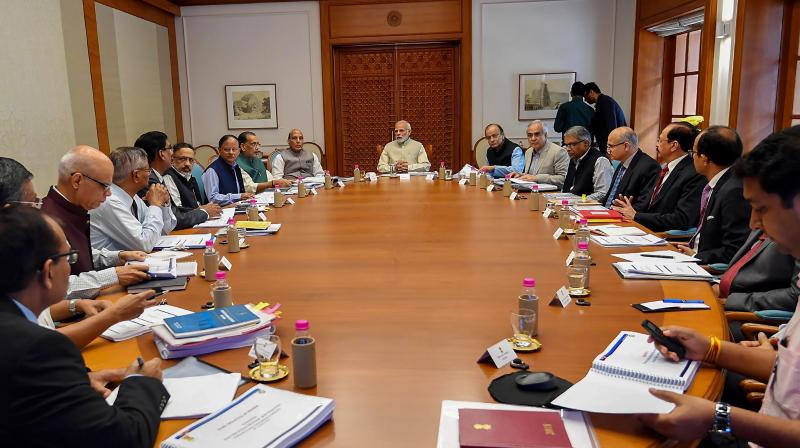 One day, when the Covid-19 crisis has blown over, and it will, we will assess how we tackled it as a nation. What succeeded, what failed? Such an exercise will lead us to strategies that will hopefully keep us better prepared. All institutions will have to muster all the lessons learnt and revise their current strategies. That is why institutional memory is critical in dealing with any exigency.

Sadly, in India institutional memory is short and woefully inadequate. Having been battered by the December 2004 tsunami, the government created the National Disaster Management Authority (NDMA) a year later, on December 23, 2005. It was decided that the national authority would be headed by the prime minister while its state versions would be headed by the chief minister in each state. This was meant to ensure that any measure taken by the NDMA would be followed diligently and any bureaucratic red tape would be shredded immediately. The vice-chairman of the NDMA was given the rank of a cabinet minister for the same reason. Gen. N C Vij, who was chief of army staff then, took over as the first vice-chairman, and he assembled a group of experts to prepare India for emergencies.

To understand our response to the Covid-19 crisis, I reached out to him and his then colleague, Lt. Gen. Janak Bharadwaj. What I learnt was how in every crisis institutional memory lapses hamper an effective response.

Over the phone, Gen. Vij told me of the number of guidelines the NDMA prepared to deal with a number of exigencies. From nuclear to biological threats, tsunamis, earthquakes -- you name it, they had prepared a strategy for it. “We also raised the National Disaster Response Force, which can be deployed very quickly with the right equipment to deal with all the disasters, natural or manmade, we planned for,” Gen. N C Vij said.

I discerned an undercurrent of disappointment in the general's tone. “The current vice-chairman is a secretary to the government of India. That changes things.” What Gen. Vij left unsaid was that the lack of a cabinet rank post affects the way things are done in a hierarchy-conscious nation like India. The weight of the person sitting in that chair matters. A secretary-ranked officer is one among equals and therefore has limited clout.

Lt. Gen. Bharadwaj, a doctor who was director-general of the Armed Forces Medical Services, helped Gen. Vij with the biological threat scenarios. “After the swine flu outbreak of 2010, we brought together many experts from the WHO, the UN’s key pandemic threats unit, and many others. We produced a 35-page booklet with standard operating procedures to deal with a crisis like Covid-19. But when I spoke to the NDMA (recentlly), they said they had not seen the booklet. If they had, many of the challenges they are facing now could have been avoided,” Gen. Bharadwaj said.

In July 2008, the NDMA prepared a 156-page document of guidelines to tackle Biological Disasters. After the 2010 swine flu crisis, this was revised and sharpened with a 35-page document containing additional guidelines. Both set of guidelines seem to be absent from the current tactics being employed by the government of India in dealing with the Covid-19 threat.

Michael J. Ryan, executive director of the World Health Organisation, has said that “India led the world in eradicating two pandemics”. He went on to add it “is exceptionally important that countries like India show the way to the world as they have done before”. However, despite having this experience and expertise, India’s lack of institutional memory fails it again and again.

“We brought back so many people from countries that were having a high infection rate. That should have been avoided. That was a mistake. When they came, we quarantined them, but by then the infection had already started spreading. We are dealing with a virus we know very little about. That is why we needed to be careful,” Gen Bharadwaj said.

During the swine flu epidemic Lt. Gen. Bharadwaj travelled extensively across the affected areas, taking notes and taking decisions to contain the spread. “We built a model to input data on what is happening where so that we could predict the spread. We also looked at issues beyond health: the impact on civil supplies, what the Army needs to do, how many hospital beds we need, what the private sector can do and many other factors. Had they looked at that work and experience, we would have managed the current crisis a lot better. A lockdown will have limited utility keeping our social and cultural factors in mind,” he said.

Today, the NDMA doesn’t have a doctor, Gen. Bharadwaj said. That seems unbelievable, but such gaps occur when institutions have short memories. “We were lucky because the swine flu mutated in India. From H1N1 it became H2N1. It became mild and we managed to avert a disaster.”

As India went into the current lockdown, the lack of planning was apparent. Thousands of migrant workers were left stranded without food or housing as they tried desperately to get back home. In many cities the police had to revise their orders and allow Zomato, Big Basket, etc to continue delivering food and essential supplies. In Delhi, the police imposed a curfew and police commissioner S N Shrivastava ordered people working for essential services would have to get curfew passes from deputy commissioners of police. But in a lockdown how do people reach these offices? Finally, the Delhi government resolved the issue by instituting a mechanism for e-passes.

But such issues would have been better addressed had the government had war-gamed scenarios. War-gaming is a time-tested method used by all military forces to test their response mechanisms in various scenarios. These are detailed and controlled to ensure swift decision-making when unpredictable events occur.

The fact that daily wage earners, truckers, labourers and others would be hit the worst was a foregone conclusion. It is also a fact that rationing of supplies during a curfew leads to panic buying, hoarding and a rush to markets, which defeats the very purpose of social distancing. A comprehensive, multi-disciplinary war game would have factored such basics. Finally, in the UK, thousands of volunteers signed up to help the National Health Service to combat Covid-19. Sadly, in India, we are yet to have mechanisms for tapping citizens during a crisis. Unless this changes, governments will be overwhelmed every time a crisis hits India.