Apparently, the temptation of being directed by Zoya Akhtar lured her. 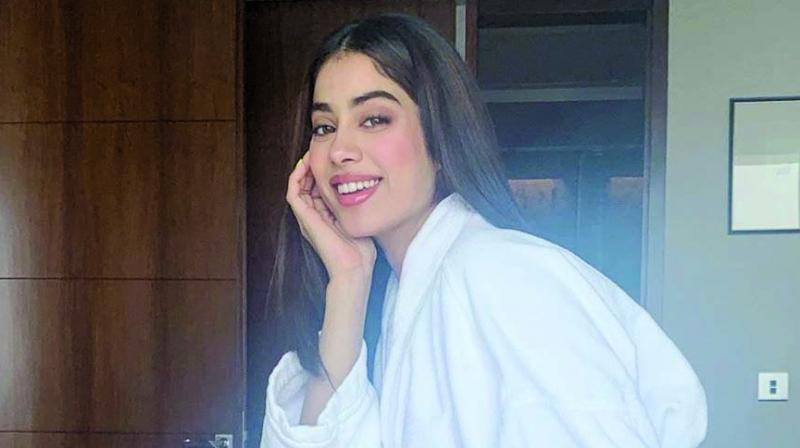 Ghost Stories is the third part of the franchise that started in 2013 with Bombay Talkies, featuring filmmakers Karan Johar, Zoya Akhtar, Dibakar Banerjee and Anurag Kashyap at their brilliant bests. Next came Lust Stories in 2018.

Bombay Talkies featured big-screen stars like Rani Mukerji, Katrina Kaif and Amitabh Bachchan as it was created for and released on the big screen in movie theatres. Lust Stories was designed for a digital platform and featured no big-screen stars.

While this suggests that actors who are in-demand normally shy away from the OTT platforms, why is the up and coming Janhvi Kapoor doing in the series’ third segment Ghost Stories alongside OTT regulars like Shobita Dhulipala?

Apparently, the temptation of being directed by Zoya Akhtar lured her. But it’s one thing for Alia Bhatt to be directed by Zoya in Gully Boy. Critics have remarked on how lost Janhvi looks in the company of actors who know, understand, and relate to the digital medium.

A major filmmaker who wishes to remain unnamed says putting Janhvi in a web series is doing her a disservice. “She is not Radhika Apte. Doing a web series at this stage in her career is damaging to Janhvi’s brand equity. After her debut in Dhadak, fans want to see her on the big screen, and they will do so in Kargil Girl and Roohi Afza. In both big-screen projects, she plays the title role. What was the need to put her in a web series right after her first release?”

Just how much the OTT platform damages a film star’s big-screen equity was proven earlier this year when, right after doing Sacred Games on Netflix, Saif Ali Khan’s Lal Kaptaan did not get an audience in movie theatres. Let’s hope Janhvi’s stardom survives the appearance in Ghost Stories.