Sachin Sharma is all set for his Bollywood debut, read details

The budding actor is working in a movie as lead directed and produced by Gurvinder Arora. 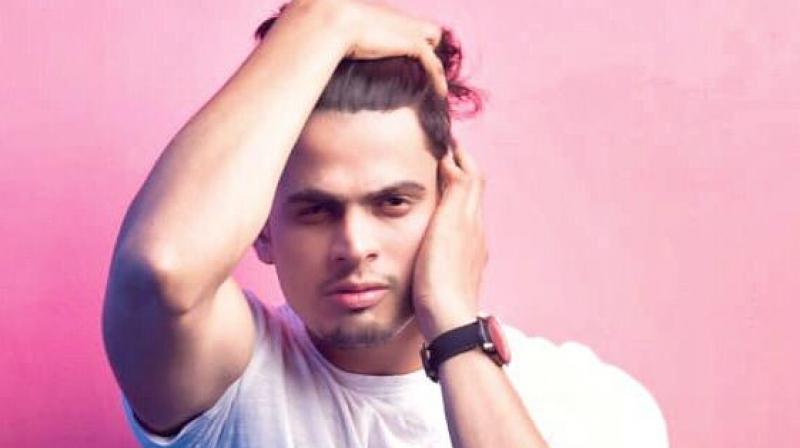 Bollywood is a dream destination for many young models and actors around. Many get chance to work, and many don't, it's not because they lack in talent or so, but it's tough to enter as you have to compete with lakhs of talented good looking, people. So you need luck with your talent and looks.

We came across one inspiring talent call Sachin Sharma; he is a stunningly handsome man when you look at his pictures you will feel like he should be working in Dharma Production as a lead actor. He is extraordinary in acting and why not when you have done theatres for years, no one can doubt about your acting.

Sachin joined modelling when he was only 18, after making a name in modelling, he joined theatres with Bela theatre, he did more than 50 stage shows in Delhi and also outside Delhi. His hard work and passion for growing in life helped him gain a role in Zee tv's Zindagi ki Mahek. He has also been parted some Short movies, Ads & Feature films like "Never leave me" in which he did mindblowng acting, he played a role of drug addict and it was loved by audiences.

Sachin Sharma is also the face of many top brands as a model like Flipkart, Mairox, Amazon, INKBONY, Snapdeal and many more reputed brands. His growing stature can be clearly seen through his social media accounts his popularity is increasing day by day on Instagram.

This chocolate boy has the potential and skills to make his life beautiful. What he needs is luck, a platform where he can prove his talent at a bigger stage. If he gets the chance, he will naled it for sure with his looks and acting, and he can be fierce competitors for many young B-town actors whom we see right now on the silver screen. Right now he is working in a movie as lead actor directed and produced by Gurvinder Arora. You all can see his move on YouTube.

It will be interesting to see how life takes him forward in B-town and when he will get that dream role which he is waiting for to make a mark in Bollywood with his acting and looks. But still, we will say whatever he has achieved is tremendous and inspiring to many young talents and his achievements can help you grow in life when you decide to make something extraordinary in your life.

Wishing Sachin Sharma all the best for his bright future, surely he has that in him, which will take him to the place where we will see him working in India's top Production houses.