While the actress might have kept mum about the rumoured step in their life, her beau might’ve confirmed it accidentally. 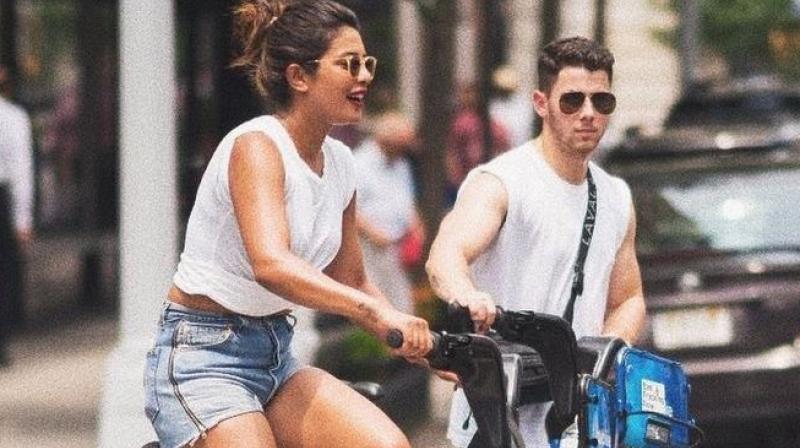 Priyanka Chopra and Nick Jonas have been only dating for a few months, if reports are to go by.

Mumbai: The official confirmation that Priyanka Chopra and Nick Jonas’ fans have been waiting for, of their engagement, is yet to come and is making their followers more and more impatient.

But for now, the latter might have hinted or rather confirmed, perhaps accidentally, that they are engaged.

So, Nick was congratulated on his ‘engagement’ by a fan recently and the singer said, "Thanks man", according to a report in US Weekly.

Well, he’s supposed to deny it if the exchange of rings didn’t happen or say, ‘No comments’ or not react at all, but the actor-singer did none of that.

Was it one of those moments when someone quickly asks or says something to you when you least expect it, and the truth accidentally comes out?

And it could also be possible that Nick is thinking about starting a family as well and it could be soon. He told media in USA recently, “(Having a family of my own) is the goal. It’s definitely something that I hope will happen. I am not sure of the exact timeline. But, I need to give my nieces cousins at some point.”

He added, “The best part about being an uncle is that it’s like training wheels. You get to spend time with these young people and have some responsibility, which is nice.”

Nick’s quote reminded us of Priyanka’s views about marriage and kids, and it is quite similar.

"Marriage and kids are a big goal for me. I'm a big believer in the institution of marriage and in the family, and in kids, I want to have a lot of them, if God allows. The only problem is, I don't know who I'll do it with," The ‘Desi Girl’ had told an international magazine.

This interview came out in February, and considering the two have started dating only recently, has she got her answer then?

Previously too, the actress had said she wanted to have a cricket team of kids.

We are sure fans would hope to see Priyanka and Nick roaming with babies in their arms sooner than later.