And after researching on her life, filmmaker Anjali Panjabi is hosting a talk revolving around Mira and everyone connected to her. 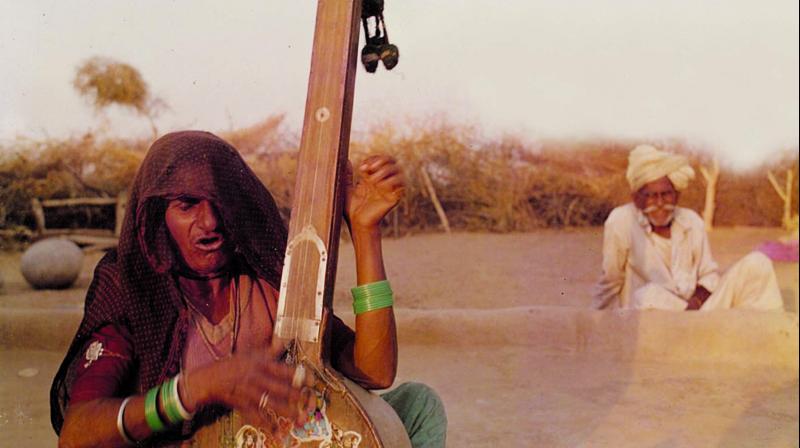 Over the course of her research, Anjali encountered Rajasthani communities that sang Mira’s songs and passed on her stories.

Filmmaker Anjali Panjabi is waist-deep in researching Mirabai — a Hindu mystic poet from Rajasthan, a devotee of Lord Krishna, a princess, and a ‘difficult’ woman.

A devotee of Lord Krishna, a princess, and a ‘difficult’ woman, poet-saint Mirabai fits all the titles. A Hindu mystic poet from Rajasthan, Mira is known for her devotion to Krishna, who she considered her husband. And after researching on her life, filmmaker Anjali Panjabi is hosting a talk revolving around Mira and everyone connected to her.

Explaining what piqued her interest in Mira, Anjali, who grew up listening to stories about the princess, says, “My father was a photojournalist who came back from a trip to Rajasthan with some music, and the words used in it were very different than what I was used to. Then I discovered these communities in Rajasthan and other parts of India, these old communities, that have a very different connection with Mira.”

Over the course of her research, Anjali encountered Rajasthani communities that sang Mira’s songs and passed on her stories. These people, Anjali believes, connect with Mira on a personal level and found people with similar stories across the country. “Sometimes, it’s passed on from generation to generation within communities, and sometimes it’s an individual who has formed a personal connection with her. Interestingly, there are also similar stories in the cities; here also people connect with her,” the filmmaker says.

Additionally, oral traditions have brought  some alternate stories that might not be directly about Mira, but are definitely influenced by her. “There is one Mira, the one we know from what we see in the books and heard stories about, and the alternative is people linking her to their lives,” Anjali says.

“People relate their story with her like somebody totally lost in their devotion. I find it very tangible because I also relate to her,” she adds.

The event, titled Difficult Women: The Living traditions of Mirabai begs the question: What does ‘difficult women’ refer to?

In response, Anjali says: “For me, she (a difficult woman) is someone who persists, who strives for what she wants in life and maybe breaks a few norms to do it. What she is trying to do defines her life, but people around her perceive it as ‘difficult’. It’s also my homage to difficult women; I’m also referring to other women who are thriving for things in their life, and are therefore considered ‘difficult’.” Being a princess of Mewar, Mira’s in-laws didn’t approve of her singing and dancing, but she is known to have disregarded family traditions.

“In terms of Mira, because she did live a very difficult life, she was also very persistent. She was just trying to live her life on her terms and therefore she was often considered difficult,” she adds.

The city-based filmmaker, who is on her second wave of research on Mira, has already made a documentary titled A Few Things I Know About Her, and was awarded the National Film Award for Best Non-Feature Film Direction for it.

—The event is scheduled on June 9, 5pm at Dr. Bhau Daji Lad Museum