Dumont's 'France' casts a wry eye on the business of television news, superstar journalists and how news is a malleable means to an end 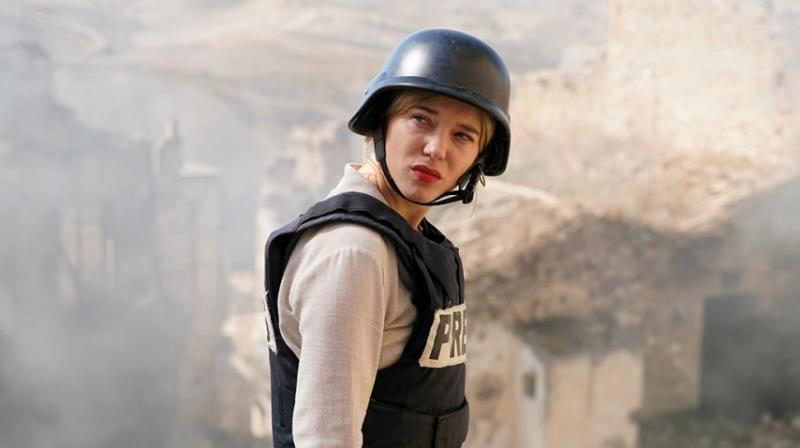 New Delhi: Journalism is often called the first draft of history. What if this draft were spurious? What if facts were meddled with and tragedies enhanced to create drama, heighten pathos?

Acclaimed French writer-director Bruno Dumont's 13th feature film, France, which is playing at the Toronto International Film Festival (Tiff), casts a wry eye on the business of television news, superstar journalists and how news is a malleable means to an end. The first draft of history, it says, is really just a stage for self-serving histrionics by celebrity journalists.

France’s opening scene stars French President Emmanuel Macron and later, at a wellness resort overlooking the Alps, there is German Chancellor Angela Merkel (played by a laughable lookalike). In both scenes the centre of attraction is the gorgeous and narcissistic television anchor-reporter France de Meurs (pun is intended — her name translates to France is dying) played by Lea Seydoux.

France de Meurs is at the height of her fame. Everyone knows her, everyone loves her. When she anchors a show in the studio, the large screen behind her keeps flashing her face. Outside, in the city, everyone wants a selfie with her and an autograph. Her need to be loved and admired constantly is kept gratified by her fawning assistant who can spin the most inane event and despicable faux pas into a Twitter frenzy.

France’s relationship with her writer husband, however, is “so-so”. They live together with their son in a red and black apartment that looks like a museum warehouse where large, classic paintings look down on cold but expensive furniture.

France often para-drops into conflict zones wearing a helmet, a bullet-proof jacket and thinks nothing of clicking her fingers as she direct militia men fighting the ISIS to do her bidding. One is asked to raise his hand and look skyward, another is made to walk in an exaggerated macho style. And when she is supposedly taking the perilous boat journey with migrants to Europe, she cries while talking to the camera on their small, inflatable rubber boat, but off camera retires to her own yacht.

There are two versions of her — the vulnerable woman, wife and mother who often just wants to sit on a park bench, and the diva who sees manipulation of news as part of the hard work reporters must do. Both are callous and compassionate. And both are inhabited with grace and charming indecency by the stunning and talented Lea Seydoux (Blue Is The Warmest Colour). She is the glamorous seduction in the spectacle of misery that keeps us riveted at prime time.