Lamborghini fame Ragini Tandan, a newbie in the music industry, has recently performed in the capital. 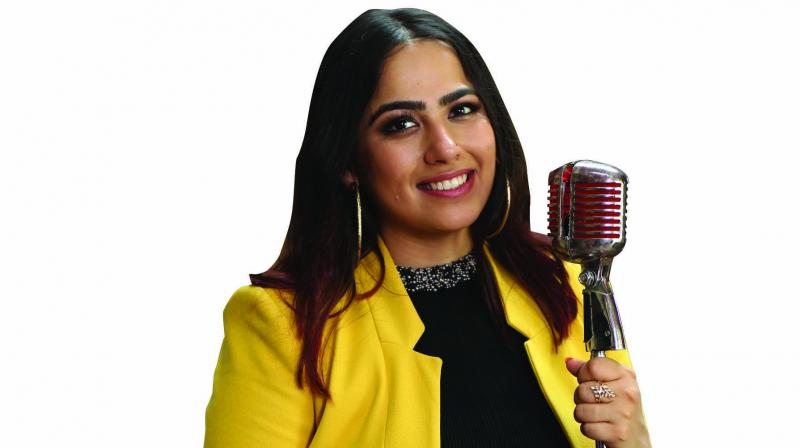 Ragini Tandan, the 25 years-old singer , has recently performed in Time Machine Noida. While still a half-renowned personality if talking about her name but her singing in the hit song, The Lamborghini has become one of the party favourites among the millennials. What came as a surprise was when she took over the stage, the audience enjoyed her other songs equally and to the fullest.

The musical journey of this young singer started when she was only three years old and her father kept her name Ragini as it is associated with music. He encouraged her to pursue music and always supported the young talent for her decisions.

She did her graduation from Pracheen Kala Kendra, Chandigarh and has done her Vichardhan in classical music. She has been singing from a very long time and has participated in many musical competitions. Her song Lamborghini has crossed over 21 million views so far and has also become the most popular party song of the season. Ragini’s first song was Nahi Janna in 2017 along with Tattva K and M-Watt, which crossed over 1 million views on Youtube. It was the beginning for her career. She has very recently stepped into glam-business and all hail goes to the Doorbeen’s recent production.

The biggest challenge that  she faced from the beginning of her life was to decide what career she wanted to get into. She was always confused if she should take up music or not, but her destiny was music things started falling into their places.

Her decision was about taking up a job and give music few years, as she subconciously dreamt from her childhood to be a singer but she never thought that it will come to this extent, “Somehow my life lead me to this path”, she says.

During the shoot for the major hit, she never imagined that this song will be a turning point in her career and it will receive so much love. Now she is confident enough to take chances and keep following her heart to do something equally remarkable.

Ragini is enthusiastic about critics and she takes every criticism very positively. She knows the fact that ultimately everyone can’t love  you for the kind of songs you choose.

Ragini says, “I am very much open for comments and hence I think you improve and learn to grow.” She is about to release her new album recently and she is very much exited for it.  She concludes saying, “One should always follow their dream in order to succeed in his or her life. Passion the key and when you believe in it, taking risks along the path lead you to your goal.”