Nandigram Express halts for over 4 hours after engine catches fire 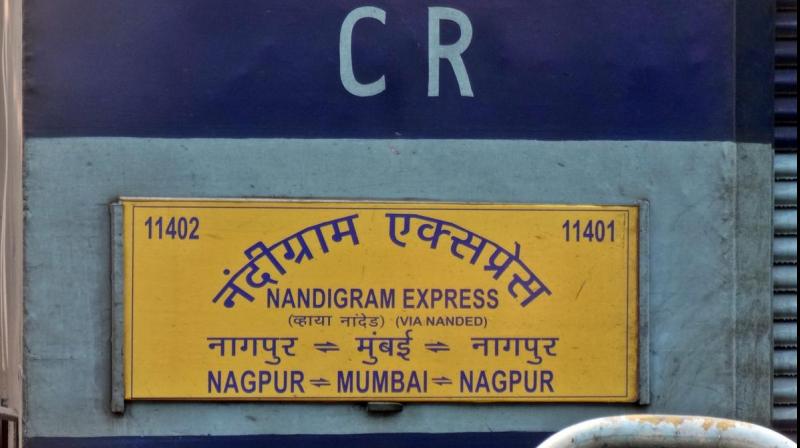 It was supposed to reach Aurangabad at 9.30 pm, but at around 8 pm one of the engines caught fire. (Photo: Indian Railways)

Aurangabad: Nagpur-Mumbai Nandigram Express halted for more than four hours at Deulgaon Avchar village in Parbhani district of Maharashtra after one of its engines caught fire, officials said on Thursday.

It was supposed to reach Aurangabad at 9.30 pm, but at around 8 pm one of the engines caught fire, halting its movement for over four hours, Railway Pravasi Sena head and volunteer Santosh Somani told PTI.

It took almost two hours to bring the fire in control, he said.

The engine was going to be used for leading a goods train from Manmad back towards Aurangabad, Somani said.

The train moved towards Aurangabad from Ranjani at around 12 am, he said.