The agreement promotes cooperation in capacity building, research and development, security and resilience in the areas 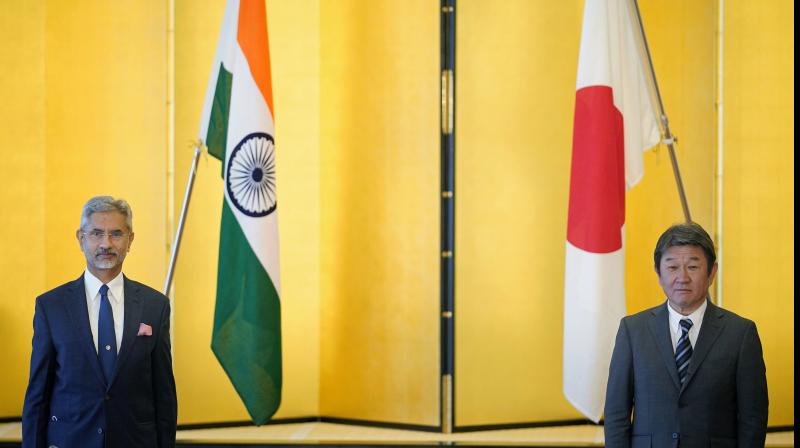 External Affairs Minister S. Jaishankar met his Japanese counterpart Toshimitsu Motegi in a bilateral meeting in Tokyo as part of the 13th India-Japan Foreign Ministers’ Strategic Dialogue wherein they agreed that a “free, open and inclusive Indo-Pacific region must be premised on diversified and resilient supply chains; and in this context, welcomed the Supply Chain Resilience Initiative between India, Japan, Australia and other like-minded countries”, New Delhi said, in a statement after the meeting.

Japan meanwhile said the two Ministers “reaffirmed the importance of implementing Japan-India cooperation in third countries such as ASEAN and Southwest Asian countries and making steady progress on the high-speed rail project” (between Mumbai and Ahmedabad).

Reaffirming the similarities in their respective Indo-Pacific visions “based on rule of law and respect for sovereignty and territorial integrity, the Japanese side agreed to be the lead partner in the connectivity pillar of the Indo-Pacific Oceans’ Initiative (IPOI) and jointly take both countries’ respective visions for the Indo-Pacific forward”, New Delhi said.

Both India and Japan have separate territorial disputes with China.

“Reaffirming the mutual trust and shared values, they (the two ministers) reviewed the progress made in India-Japan Special Strategic and Global Partnership and discussed convergence in various areas, including maritime security, trade and investment, manufacturing, skill development, connectivity and infrastructure, health and wellness, Indo-Pacific Ocean Initiative (IPOI) and UN Reforms,” the MEA said, in a statement.

The MEA added, “Recognising the increasing role being played by digital technologies, the two ministers highlighted the need for robust and resilient digital and cyber systems and in this context, welcomed the finalisation of the text of the cybersecurity agreement.

The agreement promotes cooperation in capacity building, research and development, security and resilience in the areas of Critical Information Infrastructure, 5G, Internet of Things (IoT), Artificial Intelligence (AI), among others.”

Japan meanwhile issued a separate statement which also mentioned that the two foreign ministers “exchanged opinions regarding the issue of North Korea”, with Japanese Foreign Minister Motegi mentioning “understanding and cooperation towards the early resolution of the abductions issue”.

The “abductions issue” refers to alleged abductions by North Korea of Japanese citizens in the 1970s and Japan is asking North Korea for their return.

Japan further said, “The Ministers exchanged views on wide-ranging topics, including politics and security as well as economy and economic cooperation.

Referring to the signing of exchanges of notes in late August for Japan’s COVID-19 measures for India, namely a 50 billion yen emergency assistance loan and a 1 billion yen grant aid for the provision of medical equipment, Minister Motegi expressed his hope that this assistance will contribute to developing the health and medical systems of India, including the COVID-19 response. In response, Minister Jaishankar expressed his appreciation.”