The four-legged animals were bailed out after a local politician intervened and insisted on their release. 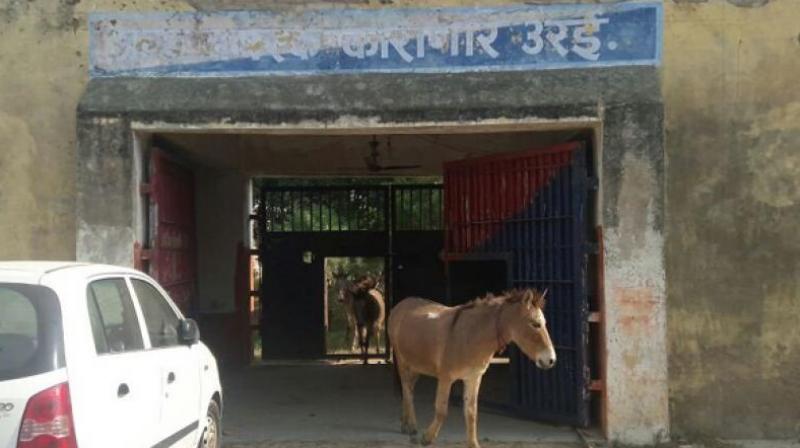 A heard of eight donkeys walked out of a jail in Uttar Pradesh after four days. (Photo: ANI)

Jalaun: We all have seen convicts walking out of prison but in a bizzare incident that occurred in Uttar Pradesh's Jalaun district the convicts were a herd of eight donkeys who walked free on Monday from the Urai jail after serving four days in lock-up.

A herd of donkeys were locked up in the jail for a costly crime of destroying expensive plants which the senior officer of the jail had arranged for planting inside the jail.

They were jailed after a local police found them destroying plants in the complex.

"These donkeys had destroyed some very expensive plants which our senior officer had arranged for planting inside the jail. Despite our warning to the owner of these donkeys, he let his animals loose in the area. We then took the extraordinary step of placing them in detention," Head Constable of the Urai Jail RK Mishra said.

The four-legged animals were bailed out after a local politician intervened and insisted on their release.

Mishra, however, did not reveal the name of the politician who had come to the police station to get the animals released. Nor did he reveal the political party to which the latter was affiliated.

Kamlesh, the owner of the donkeys also refused to reveal the politician's identity.

#WATCH Police release a herd of donkeys from district jail in UP's Jalaun. They had been detained for destroying plants outside jail pic.twitter.com/RkV8Hng0k2

With inputs from ANI