In one of his rallies, the Prime Minister had earlier mocked the Congress vice-president for his ‘coconut’ comment. 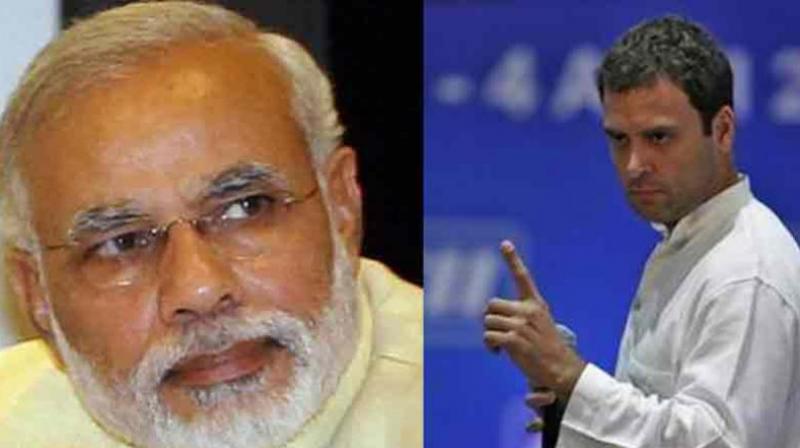 New Delhi: Hitting out at Prime Minister Narendra Modi for mocking party vice-president Rahul Gandhi over his Imphal address, the Congress has called on the former to get his facts straight before taking jibes.

"Modi ji has become an expert in comments and jokes; only if he clearly watches Rahul Gandhi's speech he will know the truth and not make funny comments again. If Modi is really interested in cracking jokes then I will tell Navjot Singh Sidhu to give him a side role in Kapil Sharma's show," Randeep Surjewala told ANI here in a clear reference to the 'coconut' gaffe that ensued post Gandhi's address.

Earlier on Wednesday, the Prime Minister got a quote wrong while speaking at a rally in Maharajganj, where Modi mocked a certain Rahul Gandhi asking his supporters if they have ever heard of anything called coconut juice.

"Yesterday he (a Congress politician) made a very big declaration. He said now he will extract juice from coconuts... and after extracting the juice, he will sell it in England. The poorest of poor children know that you get water from coconuts. You get juice from lime, santre, mosambi. Have you ever seen or heard of coconut juice? Maybe I am unaware but tell me. Coconuts are found in Kerala but he's saying he'll extract coconut juice," Modi said.

The Prime Minister Modi was referring to an election rally speech of Rahul Gandhi in Manipur's Imphal East. But what Rahul actually said in his February 28 rally,

"Here (in Manipur) you grow nimbu, narangi (oranges), pineapple. I hope that such a day comes that when someone in London drinks pineapple juice, they look at the box and see 'Made in Manipur'."

The confusion broke out over Rahul Gandhi's usage of the word 'narangi'which was mistaken for 'nariyal' (Coconut), following which the BJP wasted no time to mock at the Congress vice-president.