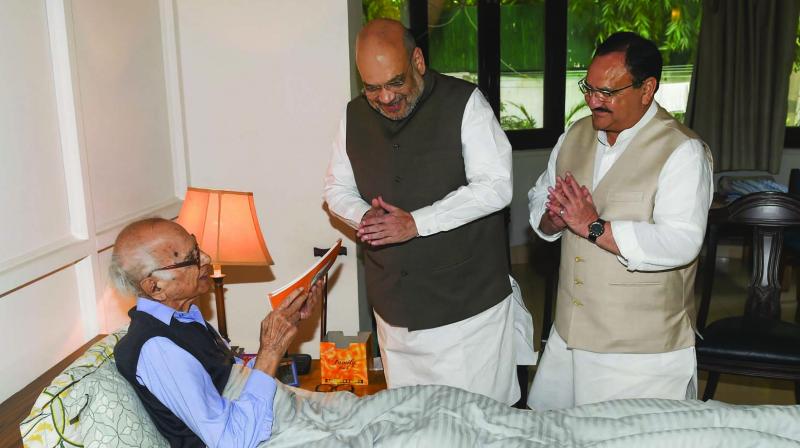 The party has unveiled a month-long “Sampark and Janjagran Abhiyan” seeking people’s support on the Modi government’s recent decision nullifying contentious Article 370, which gave a special status to J&K. Mr Jagmohan, who had been critical of Article 370, was the governor of the state, first from 1984 to 1989 and then for a few months in 1990.

“Met Jagmohan Malh-otraji, former governor of Jammu & Kashmir as part of BJP’s nationwide Sampark and Janjagran Abhiyaan, to spread awareness about the benefits of abrogating Article 370 & 35A, a historic decision, by PM Shri Narendra Modiji,” Mr Shah tweeted after the meeting.