Newsmakers   11 Jul 2020  Once a hero, once a king: Juan Carlos' reputation reduced to tatters
Newsmakers

In recent years, suspicions about Juan's opaque fortune and his links with the Gulf monarchies have tarnished the legacy of the sovereign 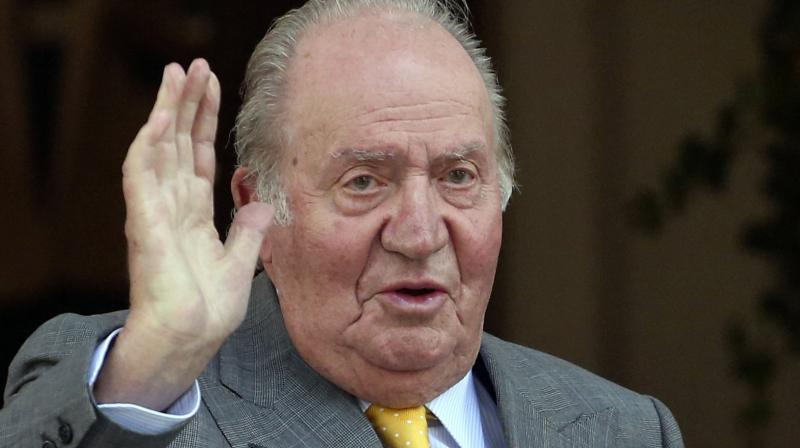 Madrid: Six years after his abdication from the Spanish throne, the reputation of the former king Juan Carlos I appears to lie in tatters.

Already under investigation in Switzerland and in Spain for suspicions of corruption, the ex-king is a constant presence in the Spanish newspapers who continue to publish details of the murky management of funds allegedly paid by Saudi Arabia to the former head of state.

The Spanish government itself has described the information as "worrying".

The probe in Switzerland, as in Spain, is focusing on the $100 million that the former king, now 82, is alleged to have been paid secretly into a Swiss bank account in 2008.

Juan Carlos ascended the throne in 1975 on the death of the fascist dictator Francisco Franco and ruled for 38 years before abdicating in favour of his son Felipe VI in June 2014.

The Spanish Supreme Court announced in June it would carry out an investigation to determine the possible responsibility of the former monarch -- but only for acts committed after his abdication.

The inquest opened in Spain in September 2018 following the publication of records attributed to the German businesswoman Corinna Larsen, allegedly the former mistress of Juan Carlos, in which she claimed that the sovereign had received a commission during the award to Spanish companies of a mega-railway contract in Saudi Arabia.

Socialist Prime Minister Pedro Sanchez spoke out on the subject for the first time this week.

"It is obvious that we, the entire Spanish population, are receiving disturbing information which is troubling for us all, including me," he said.

Sanchez spoke out after the Spanish press published various elements of the investigation carried out in Switzerland.

According to the online outlet El Espanol, a Swiss lawyer, Dante Canonica, told the Geneva public prosecutor's office that he had been instructed to "create a structure" to hide the funds paid to Juan Carlos I.

Larsen told Swiss examiners that the former head of state had transferred her nearly 65 million euros in the Bahamas, "not to get rid of the money" but "out of gratitude and out of love", according to the Spanish daily El Pais.

"The personal image of Juan Carlos is very damaged" by these revelations, said journalist Abel Hernandez.

His image is worse than when the scandals erupted before his abdication, he told AFP, in reference to the king's fall in Botswana in 2012.

The Spanish -- then in the midst of a severe economic crisis -- discovered the king had broken his hip during a luxury African safari, paid by a Saudi entrepreneur, which he had been enjoying with Larsen.

To this was added a corruption scandal which saw his son-in-law Inaki Urdangarin jailed for over five years.

In recent years, suspicions about his opaque fortune and his links with the Gulf monarchies have tarnished the legacy of a sovereign who was a popular figure for many decades as he played a key role in the democratic transition from the Franco dictatorship (1939-1975).

The creeping shadow of suspicion has also fallen on his son and successor King Felipe after it emerged that he had been designated as the beneficiary of the Panamanian foundation managing the account in Switzerland which received the Saudi money.

Felipe announced in March that he was renouncing his father's inheritance and removing his annual allowance of around 200,000 euros.

It was "a firewall to prevent the contagion of the institution" of the monarchy, says Abel Hernandez.

It was a move that was welcomed by the government.

"The royal palace clearly distances itself from these reprehensible practices," said Sanchez on Wednesday in an interview with the online media eldiario.es.

Last month, the ruling Socialists prevented a move by its openly republican coalition partners Podemos, to set up a parliamentary committee to examine Juan Carlos.

But the problem shows no signs of going away.