Would un-partitioned India have survived the centrifugal tendencies that a constitutionally weak Centre would have brought along with it? 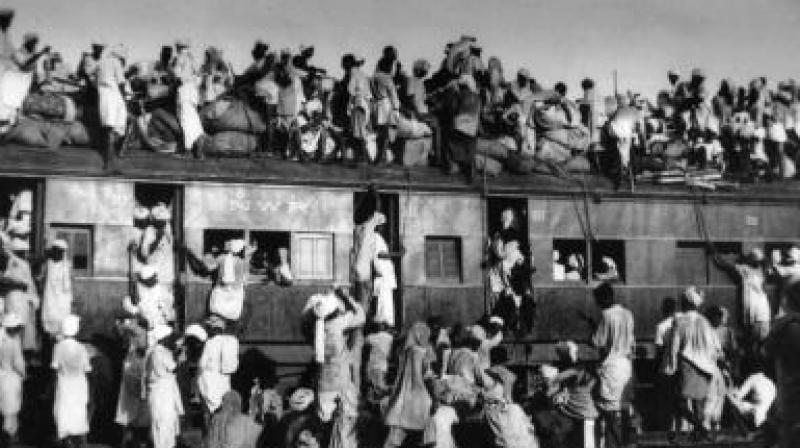 Tomorrow Independent India would be 75 years old. If the British would not have partitioned India it would have been a civilisational continuum from Teknaf on the Bangladesh-Myanmar border to Torkham on the Pakistan Afghanistan border. A true subcontinent and not a truncated one. Would it have been a sustainable entity with two heavy provinces Bengal in the East and Punjab in the West crowned of by the wild lands of the North West Frontier Province bordering Afghanistan, given that India before Partition was envisaged as a nation with strong states but a weak Centre?

Would an un-partitioned India have survived the centrifugal tendencies that a constitutionally weak Centre would have brought along with it? Would Partition or balkanisation inevitably have happened if not in 1947 but at a point in time not too distant into the future just as East Pakistan seceded from West Pakistan in 1971 after a horrific genocide unleashed by the latter’s army and its militias?

These and many other similar questions that now lie buried in the undulating wasteland of time are interrogatories that should agitate the collective mind space of a diverse array of scholars across various fields. For in their answers may lie the key that could still integrate the South Asian landmass, ignite and unleash the collective potential of two billion restless souls filled with ions of creative energy.

This brings us to a related question. Did India really need to be partitioned? Are Hindus and Muslims really separate people and nations who can not live together as scholars and leaders across the religious divide opined and articulated in the six decades leading up to the Partition of India? Did the sharp inflection points between the Hindus and Muslims as a consequence of over 70 invasions by Muslim invaders between AD 1000 and AD 1700 finally find expression when a more cunning but religiously different imperialist “the firangi” became India’s overlord especially after the failure of the Mutiny of 1857 or the first war of Independence?

For the narrative that commenced in 1888 with Sir Syed’s articulation in Meerut was finally wrapped up by Savarkar at Nagpur in 1943. It provided the intellectual and ideological ballast for the two-nation theory that came to part fruition in 1947. It would be instructive to visit what many of these ‘eminences’ had opined ad nauseam.

Sir Syed Ahmed Khan stated on March 14, 1888, Meerut, now, suppose that all English, and the whole English army, were to leave India, taking with them all their cannon and their splendid weapons and everything, then who would be rulers of India? Is it possible that under these circumstances two nations — the Mahomedans and the Hindus — could sit on the same throne and remain equal in power? Most certainly not.

Bhai Parmanand, a prominent Hindu Mahasabha leader, declared in 1908-09, “The territory beyond Sind should be united with Afghanistan and the North-West Frontier Province into a great Musalman kingdom. The Hindus of the region should come away, while at the same time Mussalman in the rest of India should go and settle in this territory.”

Lala Lajpat Rai, the great nationalist, wrote in the Tribune on December 14, 1924, “Under my scheme the Muslims will have four Muslim States: (1) The Pathan Province or the North-West Frontier; (2) Western Punjab (3) Sindh and (4) Eastern Bengal. If there are compact Muslim communities in any other part of India, sufficiently large to form a province, they should be similarly constituted. But it should be distinctly understood that this is not a united India. It means a clear partition of India into a Muslim India and a non-Muslim India.”

Sir Muhammad Iqbal’s 1930 presidential address to the 25th Session of the All-India Muslim League Allahabad, December 29, 1930, “Personally, I would go farther than the demands embodied in it. I would like to see the Punjab, North-West Frontier Province, Sind and Baluchistan amalgamated into a single State. Self-government within the British Empire, or without the British Empire, the formation of a consolidated North-West…”

In his presidential address to the 19th Session of Hindu Mahasabha  at Karanavati in 1937, Vinayak Damodar Savarkar articulated, “The so-called communal questions are but a legacy handed down to us by centuries of a cultural, religious and national antagonism between the Hindus and the Moslems. When time is ripe you can solve them; but you cannot suppress them by merely refusing recognition of them. It is safer to diagnose and treat deep-seated disease than to ignore it. Let us bravely face unpleasant facts as they are. India cannot be assumed today to be a Unitarian and homogeneous nation, but on the contrary there are two nations in the main; the Hindus and the Moslems, in India.”

The Lahore Resolution March 23, 1940, underscored: “Resolved that it is the considered view of this session of the All-India Muslim League that no constitutional plan would be workable in this country or acceptable to Muslims unless it is designed on the following basic principle, namely, that geographically contiguous units are demarcated into regions which should be so constituted, with such territorial readjustments as may be necessary, that the areas in which the Muslims are numerically in a majority, as in the North-Western and Eastern Zones of India, should be grouped to constitute “Independent States” in which the constituent units shall be autonomous and sovereign.

Muhammad Ali Jinnah in his Presidential Address to the Muslim League in 1940 at Lahore stated: “The Hindus and Muslims belong to two different religious philosophies, social customs, and literature[s]. They neither intermarry nor interdine together, and indeed they belong to two different civilisations which are based mainly on conflicting ideas and conceptions.

Two hundred million Muslims have now lived cheek by jowl with Hindus and other communities for 75 years. It should be reason enough to bury the Frankenstein of this noxious legacy ten fathoms deep. Why are we trying to validate the logic of Partition in India seven-and-a-half decades later? Would this not turn India’s “Amrit Kaal” next 25 years leading up to the Independence centenary into a Vish Kaal? Think!