Keeping faith and living life on your own terms

The sex is great, and while the mandatory shower and shampoo after it is terribly tedious, she follows the rituals nonetheless. 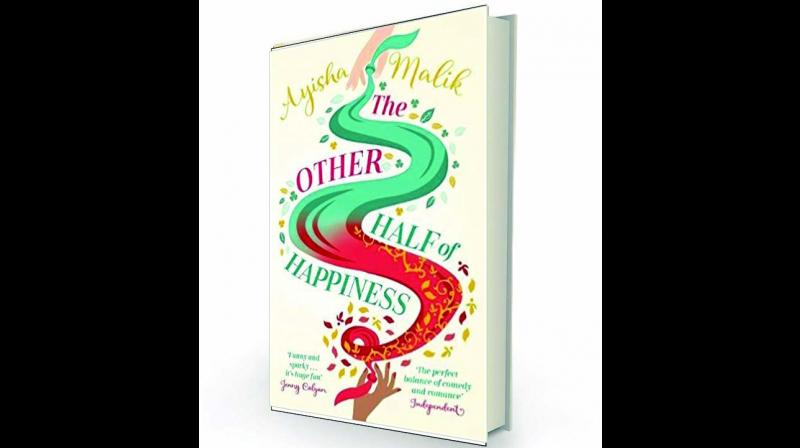 The Other Half of Happiness by Ayisha Malik Bloomsbury, Rs 399.

First things first: you cannot read The Other Half of Happiness until you read Sofia Khan is Not Obliged, the first book in the series. It’s a Muslim Bridget Jones sort of a dating diary, served with chunks of family life.

London born and bred Sofia Khan is a hijab-wearing feminist. It sounds like an oxymoron, but when you read the book, you may discover what it’s like to keep the faith and yet live life on your own terms. She’s very clear about a few things: she will only marry a Muslim, not any old Muslim but one who actively practices the faith (colour, race, etc., no bar) and no sex before marriage.

If you’ve seen the musical Grease, I warn you that a song will play in your head when you read the book; yes, that song, “Look at me, I’m Sandra Dee, Lousy with virginity, Won’t go to bed till I’m legally wed, I can’t, I’m Sandra Dee!”

The likable thing about Sofia is that she’s witty. And since it’s her diary, you smile fairly frequently and laugh out loud at some bits. She also hangs out with a cosmopolitan crowd, which makes her more understanding and less judgmental than most. But not perfect!

All the classic subcontinental stereotypes are thrown in, of course. Here’s the checklist:

At the end of the first book, Sofia has finished writing her first book and is horrified to discover that she is in love with Conall, her Irish Catholic neighbour (and former alcoholic). The feeling is mutual, and Conall makes a huge sacrifice for her: grows a beard and changes his religion. The two of them elope and live happily ever after – or not. Which brings us to the The Other Half of Happiness, Sofia’s life as a married woman.

We now meet Sofia on cold winter days in Karachi. The sex is great, and while the mandatory shower and shampoo after sex is terribly tedious, she follows the rituals nonetheless.  On the flip side, she’s moaning about power cuts, lousy wi-fi connections, Conall being away for most of the day making a documentary on slums, sharing a house with the entire documentary film crew, including attractive Hamida (she’s a little jealous of the rapport Hamida and Conall share). Sofia’s on a guilt trip because her mum’s upset that she eloped, misses her friends, yearns for London, etc. — in short, she’s dissatisfied. It’s also irksome that while she’s of Pakistani origin, Conall appears to fit into Karachi better than she does. And like a good, born again Muslim, he prays more often than Sofia!

While dour but kind Conall tolerates her 24x7 bickering, readers may find it unbearable (I certainly did). This was not the Sofia we knew and liked. Finally, a ray of light appears —Sofia’s publisher asks her to write a book on marriage, which gives her a great excuse to go to London for a longish spell. Conall refuses to leave Karachi till the documentary is done and he’s not terribly happy about Sofia writing a book on their marriage, but that doesn’t hold her back.

We’re back in London again with Sofia in a better mood. Dark clouds appear on the horizon yet again when her mum insists on a proper wedding bash to make up for the elopement, but Conall may be unable to be there. Which is okay. She can deal with it, even though her mum may throw a fit.

We’re back to subcontinental chick lit stereotypes with embarrassing families, friends with relationship angst, glorious food, etc. Frankly, it gets a bit boring after 200 pages of that (even when we discover that her mum has found her old childhood sweetheart), and so it’s a relief when Conall finally lets Sofia into his deep, dark and shocking secret. That throws her and makes the book far more interesting than it was before.  Thank God!

Sofia realises that she never really knew Conall before she married him and that she’s a bit selfish. Well, okay, make that terribly selfish. Because of this secret, Conall has to move back to Ireland, and he wants Sofia with him. She visits once, but that’s more than enough for her. His family is not remotely like her family, and while readers may appreciate them a little more after her loud, boisterous relatives, she certainly doesn’t. Besides, she has to think about whether the marriage can weather Conall’s revelation.

It’s back to London again, meeting friends, writing her next book and interacting with Sakib, the new chap who has joined the publishing firm. An Indian-origin British Muslim, Sakib’s the sort of guy Sofia wishes she had met when she was in her dating phase. His marriage is as rocky as hers, which gives them another thing in common.

Readers may find themselves yawning again till the story reaches its climax: Conall suddenly disappears. He’s not in Ireland, and may well be in Karachi. His family is petrified. Last seen, Conall was praying more frequently, and they fear that he may have been radicalised.

Will Sofia find him, save him and their marriage, or will she find him to say her final goodbye and move on? I leave it to you to find out!

Tags: sofia khan, muslim bridget jones, the other half of happiness