While the theme may seem predictable, crime & retribution, it unfolds in surprising ways and that ultimately, is the strength of this novel 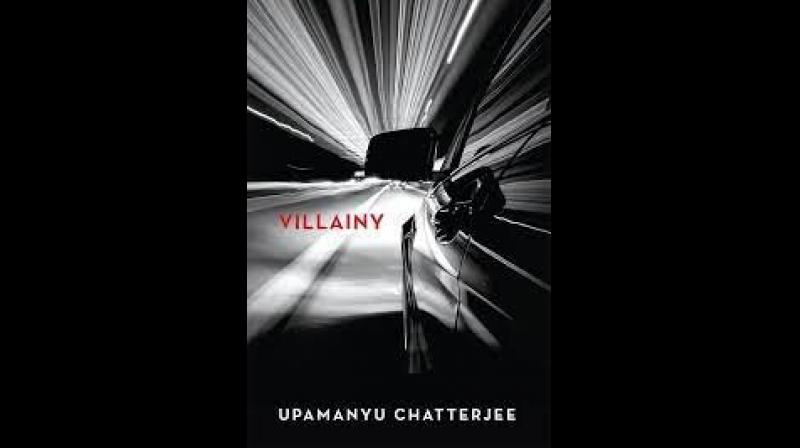 Cover image of the book 'Villainy' by Upamanyu Chatterjee. (By Arrangement)

The book, set in urban India (Delhi to be precise), begins with the discovery of a body in a park, with all the attendant macabre curiosity, comments and gawkers that such a discovery might entail. The police meander in and take charge in a manner of sorts and the body is carted away to the morgue, to await the post mortem and, hopefully, identification. Thereupon, the reader is taken into the flashback mode and the entire novel sets forth a series of incidents over nineteen years that will finally culminate in this gruesome discovery.

The story shifts and progresses through time and gradually traces the progression of multiple villainies, the erosion and corruption of innocence, unlikely bonds that sometimes do survive the test of time and circumstances, retribution, and the grinding wheels of justice.  Getting off to a slightly slow start, it does, however, manage to draw the reader into the complexities of human behaviour and their manifestations thereof, both affirmative and iniquitous.  The plot moves through the various strata of society with ease, fleshing out and establishing a picture of a normally populated world with high and low, rich and poor, spacious mansions and cramped, filthy prison cells. Innocent and guilty?  Not so much perhaps as no one is entirely innocent or completely guilty.  Everyone is tainted by moral corruption to a greater or lesser degree often through the sweep of circumstance — and that too is a fact of human existence.

There is great attention to detail — every little exhalation and intake of breath is faithfully recorded and while its purpose may be to make the scene more vivid to the reader, it sometimes has precisely the opposite effect — one of tedium — and almost makes one snap, 'Get on with it, will you!" The names and geographical locations and various other snippets of information do serve, however, to set the story squarely in a realistic setting. One wishes the same could be said of the dialogues, a failing most marked in the conversations ostensibly between various Indian cops.  While the choice of the profusion of abuses cannot be faulted for creating the “real” effect, certain witticisms and turns of phrase seem too British, old chap — certainly not redolent of a good old pulees thana in our Dilli.  And some oft-repeated terms are rather sepia-tinted — “floosie”, tart (to indicate a loose woman, mistress in this case). Who calls such women floosies, tarts or, God forbid, “keep” these days?

The profundity mouthed by a supposed ten-year-old is rather mind-boggling too — “If given the choice between becoming the prey of Death and the prey of Lust, I personally would prefer Lust”.  Youngsters are becoming more and more precocious these days, granted, but it is rather doubtful whether they would be given to musing about Death and Lust in quite such a philosophical manner.
There are some felicitous turns of phrase and word play which are rather delightful and quite brilliant in the images they conjure up: a “neckline that plunged like a deep sea diver”; “the faculties... froze at the thought...fascinated by it, they would touch it and gnaw at the idea and then scamper away like rats disturbed at their feeding on a corpse...”

While the theme may seem predictable — crime and retribution — it unfolds in surprising ways and that ultimately, is the strength of this novel.

Book excerpt: India needs to learn about this intrepid ‘queen’ of N-E