Discover The Land of Fire and Ice: Iceland 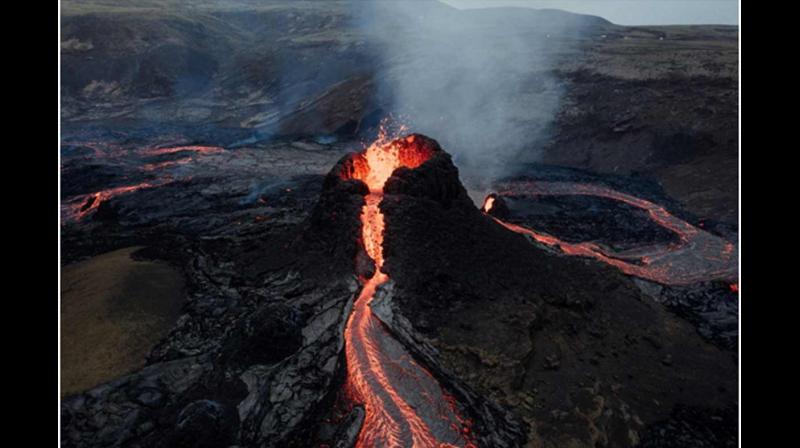 Whether you are visiting the south coast of Iceland or the north or anywhere in between, there are some magnificent sights awaiting you. (Photo By Arrangement)

Iceland is known as the land of fire and ice, so it should come as no surprise that Iceland has quite a few unique natural wonders. Whether you are visiting the south coast of Iceland or the north or anywhere in between, there are some magnificent sights awaiting you. Here are six of the most fascinating things about this country you didn’t know before.

Icelandic is a North Germanic language spoken in Iceland, as well as by some Icelandic people in Greenland, Canada, and the USA. Icelandic has two official writing systems; Latin alphabet (since 15th century) or Icelandic alphabet (since 19th century). The country has a relatively small population which makes it hard to find native speakers. Most Icelanders speak English very well so you will have no problems communicating with them if you are not fluent in Icelandic.

Iceland is home to some of the friendliest people in the world. The Icelandic are a Scandinavian people, so they are very similar to Norwegians or Swedes. They speak their own language, Icelandic, which is related to Norwegian. Most Icelanders live in Reykjavík and other large cities in the south like Ísafjörður, Akureyri, and Höfn. Aside from Reykjavík, there is also a small population in one part of West-Iceland called Íslandsbær that speaks Icelandic as well.

3) How the Glaciers Formed

The glaciers in Iceland are formed by snow that has accumulated over centuries. The glaciers can be seen at many places across the country, but they are most well-known on the South Coast. This area is home to some of Iceland's most popular natural attractions, such as Jökulsárlón Glacier Lagoon, Skaftafellsjökull Glacier, and VatnajökullGlacier ,. The glaciers began forming when snow was deposited on a glacier or ice sheet from water vapour from clouds. As more snow continued to accumulate, the pressure increased. Over time, this process creates what is called a glacial mass. Once you have enough ice and snow accumulation, gravity pulls it down towards the bottom of mountain slopes (known as valley glaciers). When this happens, these valley glaciers move very slowly down slopes due to gravity which causes them to form into large masses called tidewater glaciers. These can sometimes reach lengths of 20 miles long and the glaciers in Iceland are great for glacier hiking tours.

Iceland was settled by Vikings around 800 AD, but it wasn't until 1262 that the first permanent settler, IngólfurArnarson, arrived on Icelandic shores. The country has a population of 332,000 people who speak Icelandic as their first language (an ancient Nordic language) and live according to Viking traditions. Iceland is considered one of the most egalitarian societies in the world. Women have been fighting for gender equality since 1874 when they protested against a law that gave men better inheritance rights than women. This resulted in an 1875 constitution amendment that gave both genders equal inheritance rights; it also granted voting rights to all citizens over age 20, regardless of sex or wealth.

5) Things to Do While in Iceland

Explore Reykjavik's many museums, including the National Museum of Iceland and Reykjavík Museum of Photography. Take a stroll around Tjörnin Pond or visit Akureyrarkirkja Church to see where Eric the Red is buried. Hike up Mount Esja for a beautiful view over Reykjavik on a clear day Visit Harpa Concert Hall for an evening performance. Walk through Laugardalur Park to see what locals do on weekends. Take in some Icelandic art at Kjarvalsstaðir.

6) Facts About The Blue Lagoon

The Blue Lagoon is a geothermal spa found on the Reykjanes Peninsula in southwest Iceland. It is just 15 minutes from Keflavík International Airport, making it an ideal place to stop off after a long flight or before returning home. The Blue Lagoon consists of three pools, two silica mud baths and one steam bath. You can also enjoy a drink from the swim-up bar or take advantage of our massage services. There are dressing rooms available for use with lockers where you can leave your clothes if you wish.