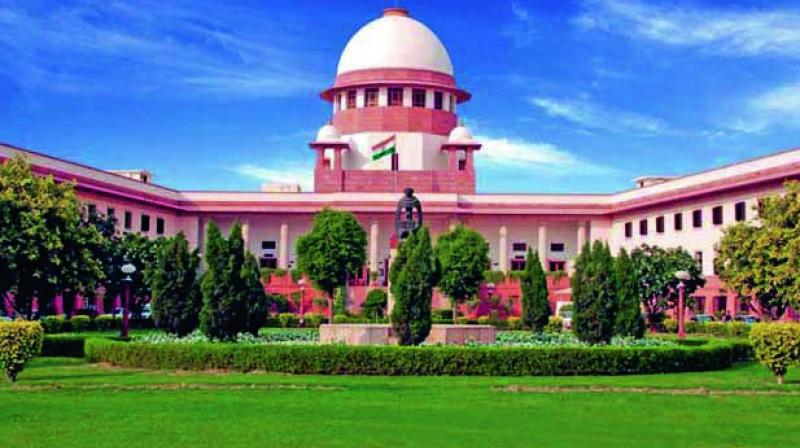 The court directed police to provide security cover to the couple and act in strict accordance with law laid down by the Supreme Court. — DC Image

SRINAGAR: Tensions are mounting in Zanskar, a mountainous region of Ladakh with a population of 20,000-vast majority of them Buddhists-over an interfaith marriage.

The woman’s family has lodged a missing person’s complaint at the local police station after the girl eloped with a Muslim man and married him.

A local imam performed nikah after the Buddhist woman Sonam Angmo converted to Islam and took Summaya Kousar as her Muslim name to marry Abdul Qadir Wani, 31, a Muslim man of Padum, the main town of Zanskar, on November 20.

However, the woman’s family has alleged that she is a minor and that Wani has kidnapped and forcibly married her. The local police has detained father Muhammad Shaffi and brother Mudassir Shaffi of Wani and launched a manhunt for the couple. However, SSP Kargil Anayat Chaudhary while speaking to this correspondent over the phone said that he father-son duo was only being called to the police station for questioning as the couple is “absconding”.

He said that on the basis of the complaint lodged by the parents of the woman the police has registered an FIR under relevant provisions of the law and took up investigations. “We want the couple to record their statements at the police station. But the family of the accused and their lawyer are not disclosing their whereabouts nor do they themselves come forward. We’re being compelled to act. We don’t want any tensions between communities here. We want to see the issue resolved amicably and without it disturbing peace,” the police officer said.

Local Buddhist groups have threatened agitation unless the woman is recovered and restored to her parents. On Wednesday, the Ladakh Buddhist Association (LBA) submitted a memorandum to Lieutenant Governor, Radha Krishna Mathur, alleging the Muslim man from Padum has ‘forcibly’ married the Buddhist girl. It demanded that the girl should be recovered and handed back to the family and said that if the authorities fail to do so it could cause communal disturbances in the region. The LBA has also alleged that the sole motive of interfaith marriages is forceful conversion.

The minority Muslim community of Zanskar has been facing a “social boycott” from the majority Buddhist community since October 2012 after four Buddhist families, comprising of 22 members, converted to Islam.

But the groom's family and attorney Muhammad Ismail have denied the charge of kidnapping and forcible marriage or that the woman is minor.  They said that Wani and Ms. Kousar (Sonam Angmo) have married out of “their own free will and consent” and accused the family and the relatives of the latter of harassment and threats in a petition filed before the High Court in Srinagar. Mr. Ismail told this newspaper, “The woman is 22 years old as is corroborated from her school records. She has willingly accepted Islam to marry a man of her choice as per her free will”.

He said that the High Court of Jammu, Kashmir and Ladakh on November 26 ordered protection to the couple after they approached it following harassment by interested parties. The couple, according to the court order, had entered into the marriage out of their “own free will and consent”. It further reads, “The statement has been recorded before the judicial register of this court in front of their council.”

The court directed police to provide security cover to the couple and act in strict accordance with law laid down by the Supreme Court. According to the lawyer, the court noted that both “petitioners” are “major” and marriage has been solemnized in strict accordance with prevalent laws. However, it also said that if there is any case/FIR against any of the petitioner(s), the police may go ahead with the investigation under rules and take it to its logical conclusion.

The court further noted that “disposal of instant writ petition will not validate or confirm petitioners' marriage or their age/majority, which, however, is subject to fulfilment of requirements as envisaged under prevalent laws,” it reads.

Prominent political activist of Ladakh Sajjad Kargali said that conversions and inter faith marriages have been common occurrences in Ladakh region. “We have several instances wherein Muslim girls also converted to Buddhism and married Buddhist boys out of their own free will in the recent past. Such occurrences which have the legal sanction should not be politicized or seized to cause communal divide,” he said.