JD(U) expects that BJP, which is the lead partner in the alliance, will take an initiative to seal the deal well in time. 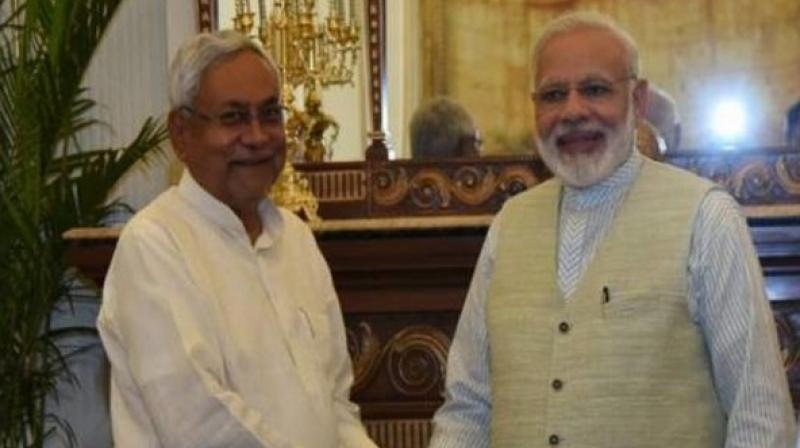 On being asked what if the BJP want the results of the last LS polls to be the basis for seat-sharing agreement, JD(U) sources said this logic was flawed. (Photo: File/ANI)

JD(U) expects that the Bharatiya Janata Party (BJP), which is the lead partner in the alliance, will take an initiative to seal the deal well in time,  The Indian Express report quoted party sources as saying.

There has been no proposal from the BJP till now, the sources added.

However, Nitish Kumar-led JD(U) has not fixated on the number, the sources said when asked how many seats the party wish to contest in the two elections.

“We want all sides to sit together and fix the shares of parties, which are just and fair and take current ground realities in account,” the sources said.

On being asked what if the BJP want the results of the last Lok Sabha polls to be the basis for seat-sharing agreement, the sources said this logic was flawed.

“One has to remember that 2019 is not 2014,” they said while underlining the fact that “results of by-elections show that public mood seems to have undergone a change”.

NDA had received 31 of the 40 Lok Sabha seats from Bihar, winning 173 of the 243 Assembly segments with the BJP alone bagging 22 seats.

“Can the ruling combination repeat this performance?” the sources questioned.

They further said as the JD(U) had secured only two seats, “Can they expect us to field candidates in only two constituencies now?”

The JD(U) sources also said if the latest poll performance was the yardstick, then the 2015 Assembly results should also hold. The JD(U) had won 71 Assembly seats against 53 of the BJP.

Emphasising on a pragmatic approach, the sources want the BJP to make efforts in making the NDA more cohesive. They also want the saffron party to consult its allies and address their issues from time to time, The Indian Express report further said.

The sources also raised the issue of absence of representation of the JD(U) in the central government and said that the BJP was well represented in the Bihar government.

Special status for Bihar would improve coalition prospects in the state, the JD(U) sources further said.